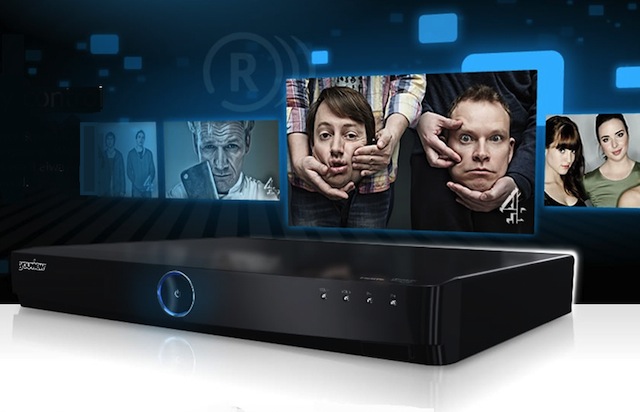 Living With is a new feature at Tech Digest where we re-visit big product launches a few months down the line to see how they’ve shaped up in the long run. Be it new services added to connected devices, hardware reliability problems or software quirks that have only reared their heads over time, Living With will be an open forum for our readers to share their thoughts too. Feel free to add your observations in the comments section below.

After a series of delays held back the service many years until a final unveiling towards the end of 2012, YouView has gone on to become one of the fastest-growing TV viewing services in the UK, landing in over 230,000 living rooms by February of this year.

Tech Digest’s own Chris Price reviewed the service back in August saying that while YouView did some interesting things with catch-up TV services, it ultimately has “a few big mistakes” making YouView boxes “less intuitive than they should be.” Having lived with the box as part of a BT broadband package for the past few months, it felt like time to revisit YouView. Has its intriguing interface become easier to navigate over time, and have the service’s few other problems been ironed out?

For the uninitiated, the YouView service combines both on-demand and catch-up content through a constant web connection with standard Freeview HD live programming, rivalling the likes of Sky subscription packages. Our BT package pumped YouView through a Humax DTR-1000 set-top box, which also offers 500GB of built-in storage space for TV recordings, as well as dual-tuners for recording two channels and watching a third at the same time (providing the third is on the same multiplex – the groupings that Freeview content is broadcast in). 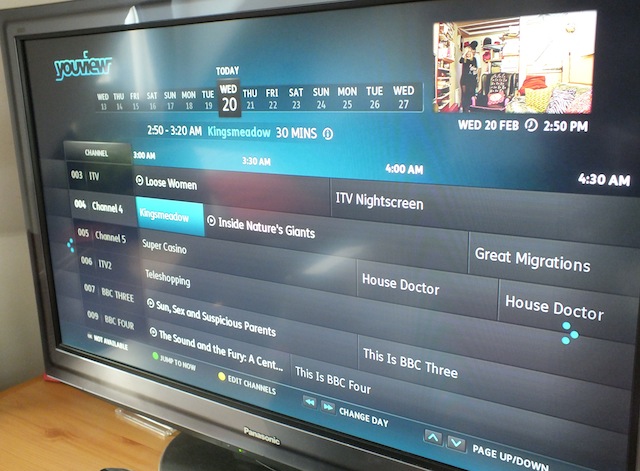 The YouView box does a few really interesting things when it comes to catch-up TV, fully integrating online TV services such as BBC iPlayer, Channel 4’s 4oD, ITV Player and 5 on Demand directly into the EPG. Not only can you set shows to record seven days in advance, you can also rewind seven days too within the TV guide, hitting long-past shows and have them play through their respective catch-up services instantly. It’s a great feature, one sorely missing from Sky boxes and one I’ve really come to rely on when watching TV. Though it’s frustrating that some content seems to be inexplicably missing from the catch-up services, it’s totally changed the way I watch TV; I’ve watched hardly any live TV as a result of the catch-up integration, and don’t sweat half as much when I realise I’ve forgotten to set up a recording.

Though initially jarring, the way that on-demand and catch-up services is integrated throughout the YouView experience soon becomes second nature. You can use the universal search feature to find content anywhere within YouView and it’ll redirect you to the appropriate source without having to faff about in app menus, while on-demand and catch-up content is split into easily browseable categories. One of our main gripes here however has yet to be fixed – I find it very frustrating not being able to filter out free content from those requiring a payment, such as shows or movies from the Now TV or BT Vision box office services. Of course the intention is to get you to cough up cash, but I’d rather have the option to simply ignore premium content altogether rather than having lengthy search lists to scroll through. 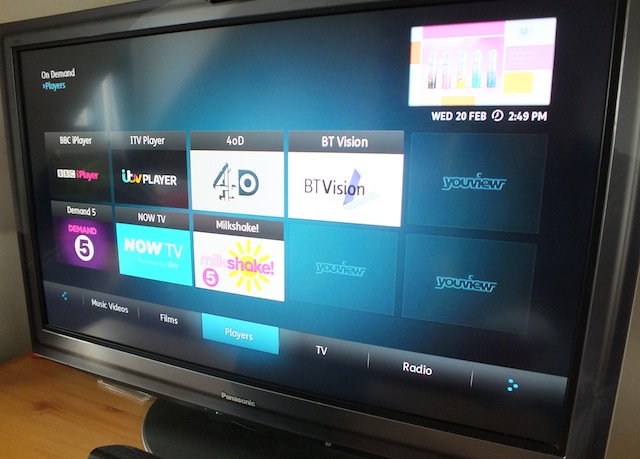 Search could be improved too, as it’s not all that intuitive inputting letters using the YouView remote’s number keys. YouView have made the first steps towards addressing this through the introduction of an iOS app. While its functionality is currently limited to setting TV recordings remotely while on the go away from the set-top box (itself a great, forward thinking feature that combats similar options from Sky), it shouldn’t be too much of a stretch to add a software keyboard here too in the future. It’s a feature that could make navigating the box a significantly improved experience, and we hope that Android devices get similar app attention in the future too.

Though I’m still perplexed at the omission of a Wi-Fi connection (the Humax DTR-1000 requires you constantly be connected to the internet over an Ethernet connection), it’s a decision that’s made more sense the longer I’ve used the YouView box. Paired with a BT Infinity connection, the wired connection has mean’t I’ve never once suffered the effects of buffering or connection drop out, and considering most of the TV viewing I’ve done through the box has turned out to be via online services, that’s a more sensible choice than first assumed. Regardless, and despite the fact BT offer powerline homeplug units for those whose TV is not near their router, an optional wireless dongle should be top of the YouView to-do list. 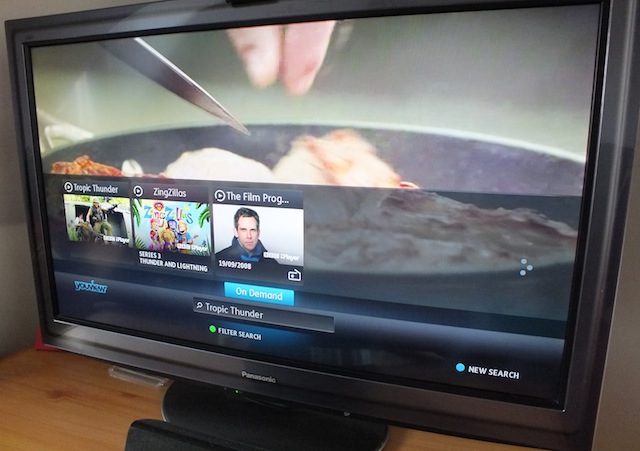 Lastly, we’re still waiting on more of the 300 content providers who were said to be interested in getting on YouView to land on the service. When YouView was first touted as Project Canvas in 2008, getting the likes of iPlayer and ITV Player alongside live TV content sounded like a revolutionary idea. To an extent it still is, but with the advent of Smart TV, that excitement has diminished slightly, and YouView is lagging behind in terms of online TV and movie providers. Where’s LoveFilm Instant and Netflix? They’re on every tablet and connected TV set, and sorely missing here. Bringing universal search across Netlfix and LoveFilm Instant through the YouView box to those who subscribe to both on-demand services would be the sort of killer feature that’d really turn heads, though simply having them on YouView in any form would be a good start.

Despite my concerns, I find myself at a loggerheads with Chris’s initial dismissive verdict. Through its implementation of online services, YouView is a true rival to Sky’s living room dominance in my opinion, and one of the more advanced (as well as speedy) PVRs on the market. It has its quirks, but it’s a comprehensive TV viewing experience, one that I expect will see its kinks ironed out before long.

For more on YouView from BT, including pricing and broadband deals, click here.