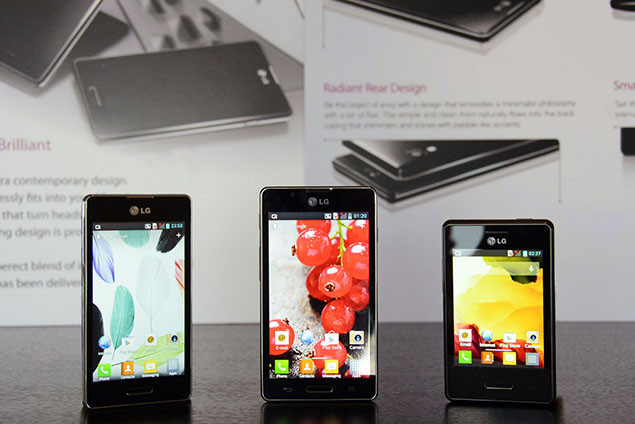 Rather than waiting for this month’s MWC 2013 trade show to kick off, LG have jumped the gun and revealed details of their newly refreshed Optimus L smartphone range, with the updated line newly christened as Series II.

Promising a series of improvements and new innovations for the range, LG’s Optimus L Series II line consists of the LG Optimus L7 II, LG Optimus L5 II and LG Optimus L3 II. Though similar in design to their “Series I” counterparts, the look of each phone has been softened overall, with more curves and rounded edges on show than previous versions, with “Smart LED” technology built into each handset’s home button. Each phone uses an IPS display and will offer dual-SIM variants too. All also run Android 4.1 Jelly Bean.

The top-end L7 II model will hit stores first (hitting Russian shops as early as this week), and is the only device revealed in detail by LG.

On the rear of the handset you’ll find an 8MP camera with LED flash, with a 0.3MP camera up front for video calling. Battery life should stretch a bit beyond regular smartphone expectations thanks to the inclusion of a sizeable 2,460mAh pack.

We’ll pass on more details on the rest of the range as they become available.