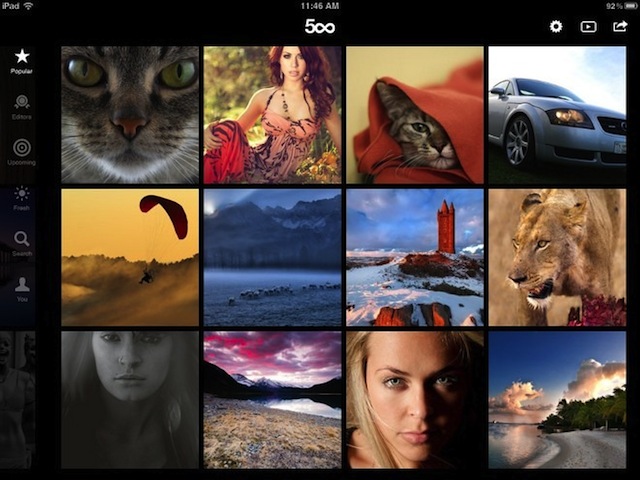 The iPad’s 500px photo sharing app has been pulled from Apple’s App Store, as the Cupertino company believes it goes against some of their stringent App Store Guidelines.

The app has apparently been penalised for allowing users to easily search for nude pictures, with its creators only realising it had been pulled when they tried (and failed) to get an update to the 500px iOS app grennlit.

This is despite the fact that 500px defaults to a “safe search” mode – users have to opt in via the 500px website in order to get access to the potentially-adult images.

Though Apple are notoriously prudish, Apple’s reasoning (as offered in a statement to TechCrunch) hints at something potentially darker:

Certainly, there’s no space ANYWHERE for child pornography, and if 500px is found to have been facilitating the distribution of such images, then Apple totally should pull the app until changes are made. However, if its purely based on images of nudes, something that’s been accepted within classical art for centuries and within photography for many decades, it’d be a shame to lose one of the iPad’s best photo apps because some Apple exec can’t handle a pair of boobies.