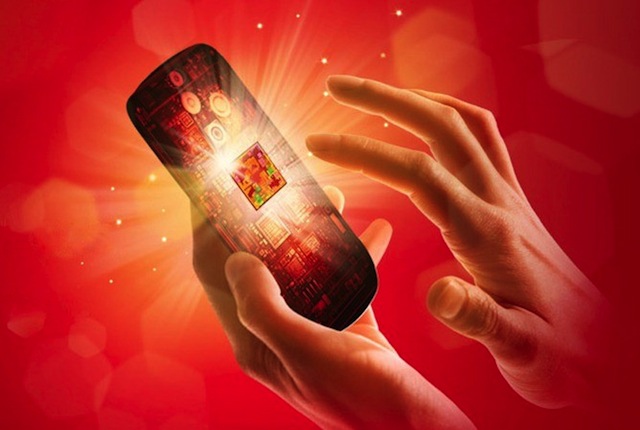 Smartphones and tablets are about to get crazy-powerful thanks to Qualcomm’s freshly-unveiled Snapdragon 800 processors.

Kicking off CES 2013 with the keynote conference, CEO Paul Jacobs revealed the new mobile chip, boasting a quad-core Krait 400 CPU that can go up to 2.3GHz per core. On pure clock speeds, that puts the new Snapdragon on a par with the entry-level MacBook Pro Retina models. Sure, there’s more to power and performance than just clock speeds, but it gives some indication of just how significant a jump this could prove to be for mobile devices.

The Snapdragon 800 also uses an Adreno 330 GPU, supported by 2x32bit LPDDR3 RAM at 800MHz. Not only will this offer a X jump in 3D graphics performance, but will give smartphones and tablets the ability to capture and playback video at stonking 4K resolutions, with 7.1 surround sound no less.

All this and 4G LTE and 802.11ac Wi-Fi for speedy downloads with improved battery life.

Expect to see the Snapdragon 800 popping up all over the show at MWC 2013, and in devices you can own by the Summer. What with the launch of the NVIDIA Tegra 4, it’s shaping up to be a vintage year for mobile.