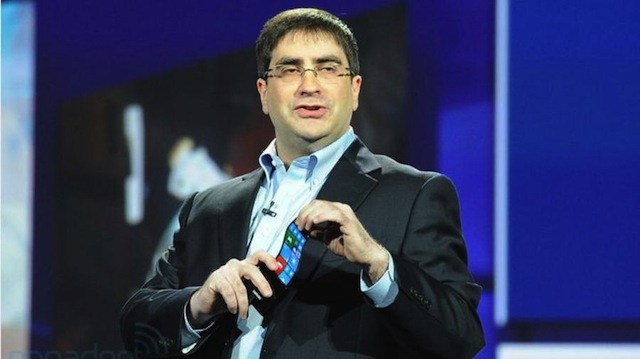 Prone to sitting on or dropping (and subsequently breaking) your phone? Such butter-fingered follies may soon become carefree moments thanks to durable, flexible displays. Samsung have been showing off their own version of the futuristic technology at CES 2013, revealing their Youm bendy OLED displays.

Using thin plastics rather than the glass-fronted standard that current smartphones regularly employ, Youm can be twisted and bended without worry, making it nearly indestructible. The design also allows for edge to edge displays to easily be built, allowing content to wrap from the front of the phone to the side.

Microsoft CTO Eric Rudder joined the Samsung team onstage at the event, showing off a Windows Phone prototype that could be bent into a concertina-like wave and still work perfectly. Samsung said they will be urging partners to use the technology to create devices in shapes and sizes beyond convention, aiming directly for what consumers hope to find in a futuristic mobile.

Though Samsung admitted the technology was far from public consumption, officially christening the technology Youm suggests that this is now a serious area that Samsung are looking to explore. It may yet be a few years away, but it seems almost certain Samsung’s tech will eventually be turning up in handsets from many manufacturers.