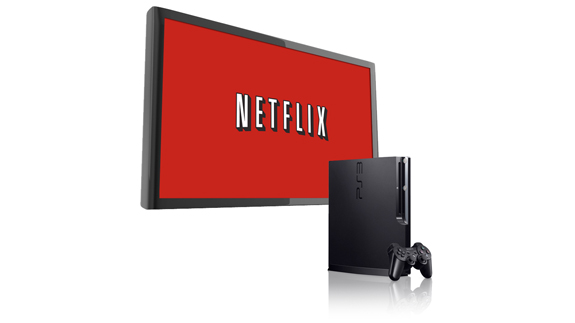 Netflix and Sony have announced that the PlayStation 3 is now the top device when it comes to streaming Netflix content to a television.

Winning out over the Xbox 360, Apple TV, Roku boxes, Nintendo’s Wii and all manner of other connected home cinema devices, the PS3 has proved so popular among Netflix users that its viewing figures sometimes even overshadow PC viewers, traditionally Netflix’s lead platform.

Netflix CEO Reed Hastings praised the PS3 for the way it allows for seamless updates to their app:

“PS3 is our largest TV-connected platform in terms of Netflix viewing, and this year, at times, even surpassed the PC in hours of Netflix enjoyment to become our number one platform overall.

“PS3 is a natural fit for Netflix in terms of developing and first deploying our most advanced features. We can transparently update our application with new features on a daily basis, and through the free PlayStation Network, people around the world can sign up for Netflix directly from their PS3.”

High PS3 user figures were helped along by a few benefits that came to the PS3 before other platforms. It was, for instance the first console to get Netflix’ full 1080p video streaming with Dolby Digital Plus 5.1 Surround Sound, on device sign-up and second screen controls. Additionally, Xbox 360 owners have to pay for an Xbox Live gold subscription before they can access apps like Netflix, whereas the PS3 offers such access up for free through the PlayStation Network.

The PS3 version of the app is also currently the first being internally tested by Netflix with a new voice control interface called “Max”.