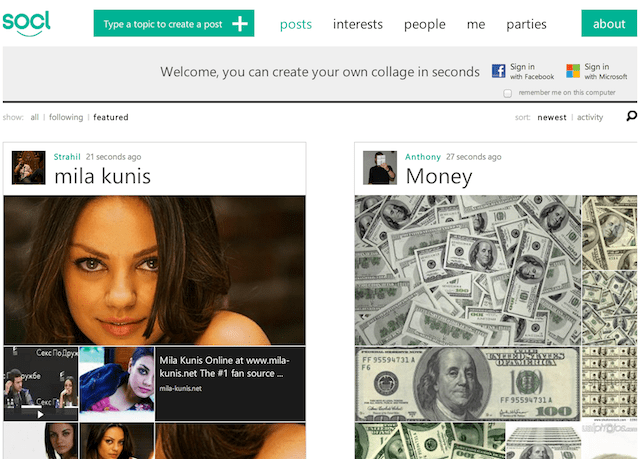 Though technically still in its beta testing stage, Microsoft have built the network to a stable point to allow all interested parties to begin using it.

So.Cl appears a cross between Pintrest and Facebook, allowing users to upload collections of images to document events in their lives, or even use the built in Bing search engine to discover the kinds of images they’re looking to add. It’s similar to Pintrest’s mood-board style, but with a more personal, less product focussed feel.

A proof of concept from Microsoft’s FuSE labs, the site was initially only intended as an experiment to see how people would use such a service. The results so far seem pretty obvious – as stated earlier, social networkers are using it much like Facebook. Microsoft insist however that So.Cl should not be viewed as a Facebook or Twitter rival.