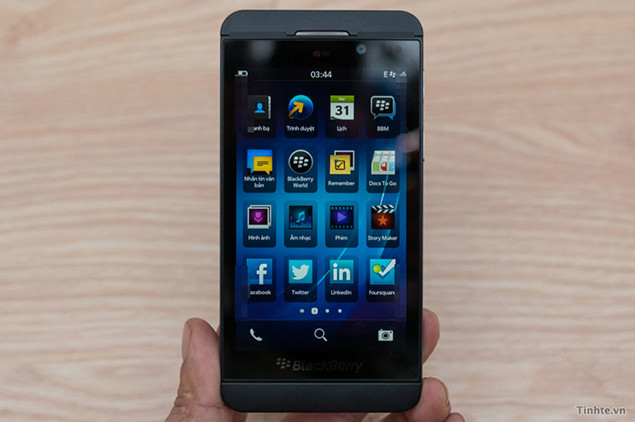 We’ve finally got a date for grand unveiling of RIM’s BlackBerry 10 operating system and the L-Series handsets it’ll land on, with RIM lifting the covers off on 30 January 2013 in New York.

However, Vietnamese tech bloggers at Tinhte have pipped RIM to the post, revealing leaked screengrabs of the new BB10 OS in action. 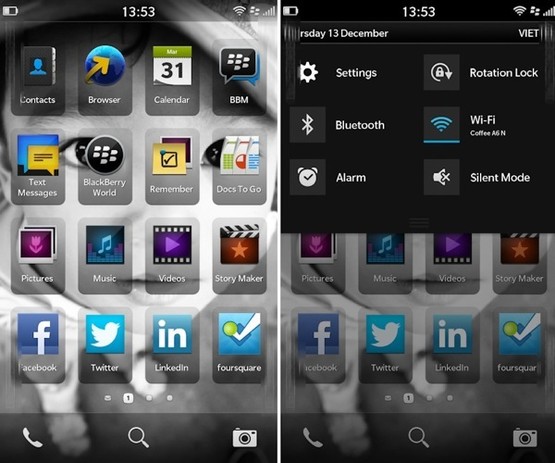 Though aping the app-grid interface seen in Android and iOS smartphones, the screenshots suggest RIM have done well to get key applications and services ready in app form in time for the OS’s launch, including Facebook, Twitter, LinkedIn and FourSquare. Native apps for “Pictures”, “Music”, “Videos” and a “Story Maker” (presumably a video editing app) show RIM’s new found focus on consumer interests as opposed to business types.

One screenshot even shows off a Siri-like voice activated assistant, sending BBM messages and scheduling meetings through voice input alone.

Looking good so far, with a minimalist, predominately black and white design mixing in with the now-standardised smartphone interface features as popularised by iPhone and Android.

Scroll down for a closer look at some more elements of the UI: