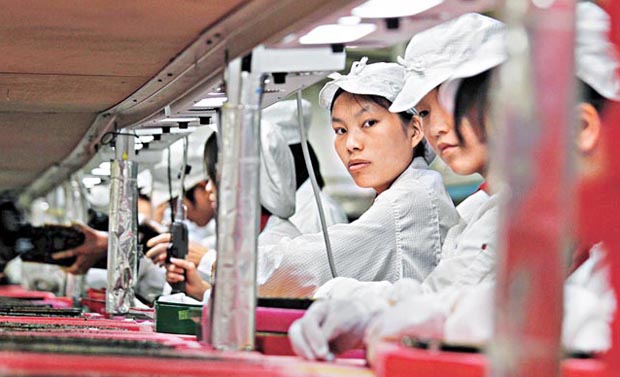 Key Apple electronics manufacturer Foxconn are said to be replacing parts of their workforce with robots.

The Taiwanese plant will be putting robots onto the assembly line to automate the manufacture of gadgets such as the iPhone, iPad and iPod, as well as games consoles like the Wii.

Chairman Terry Gou stated that the decision is to improve efficiency and curtail rising labour costs. The ‘Foxbots’ have already been installed in one of the company’s plants, with 20,000 more units expected by the end of the year.

When it comes to savings, Foxconn must be looking to the future, as each robot costs between $20,000 and $25,000; three times the amount a single Foxconn employee makes in a year.

However, Foxconn’s working conditions for human employees isn’t exactly spotless. Investigated by the Fair Labor Association earlier this year, riots, strikes and even suicides have been worryingly commonplace.

With Foxconn struggling to meet iPhone 5 shipment demands, such worker revolts are costing the company dearly. A robot-filled factory could well be the eventual future for the company.