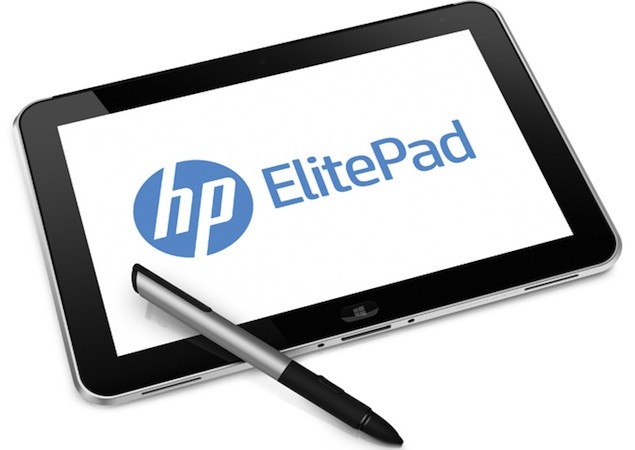 After a summer’s worth of teases, HP have finally lifted the lid on their business focussed Windows 8 tablet, the HP ElitePad 900.

Initially popping up in an advert in July, and glimpsed on the HP official blog, it’s now been outed as a 10.1 inch tablet (16:10 ratio) running Microsoft’s Windows 8 tablet, touching down in January 2013. Running from an Intel mobile processor, it measures up at just 9.2mm thick with a weight of 680 grams.

The screen (protected from scuffs and scrapes with Gorilla Glass 2), sits beneath a 1080p front-facing camera for video calling through HP’s YouCam software. The rear houses an 8MP snapper, while there’s also 4G connectivity available too.

It’s a tough tablet all around, beyond even the Gorilla Glass screen, with HP touting a vibration, dust, extreme temperature and high altitude protective design. 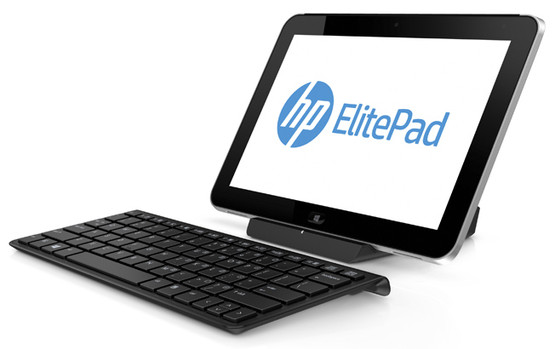 There’s also a host of sold-seperately add-ons available for the tablet, further expanding its potential.

Firstly, there’s the HP ElitePad Productivity Jacket, which adds a detachable keyboard and connections including an SD Card reader. The jacket also acts a stand, letting you adjust the sitting angle of the tablet.

Then there’s the ElitePad Expansion Jacket, which adds additional USB and HDMI ports, and a battery boost.

The ElitePad Docking Station turns the tablet into a something akin to a desktop experience, adding a static keyboard and charging cradle capabilities.

An Executive Tablet Pen lets you jot down notes on the screen, which are then turned into digital text and finally, there’s the Elite Rugged Case, adding military-grade protection to the aforementioned protective features.

No pricing yet or availability beyond the US announced, but we’ll pass on the details as we get them.