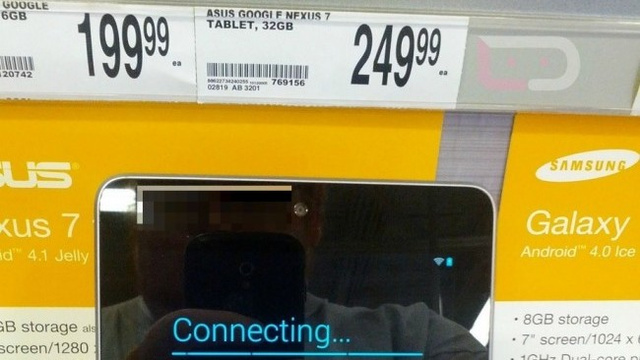 Cheap tablet deals aplenty at the moment; not only do UK slate fans have the iPad Mini to look forward to as well as the newly-luanched Kindle Fire line from Amazon, but new pricing info suggests the Google Nexus 7 16GB version is to hit low, low prices very soon.

Google had a big New York launch event lined-up for today, but local hurricane warnings have meant it needed to be postponed. That hasn’t stopped US retailer Office Depot from posting revised pricing info in their stores early however, putting up premature price tags for an as-yet-oficially-unrevealed $249.99 32GB Google Nexus 7, pushing the current top-of-the-line 16GB version to $199.99.

Translate that to Great British Pounds and you’re looking at around just £160 for the 16GB Google Nexus 7, or £200 for the bigger 32GB edition.

With Google’s event currently in limbo, there’s no telling when we’ll find out about the rumoured 32GB version. But, on the back of all the recent leaks, Google’s Nexus 7 line looks set to be the one to watch for penny-pinching tablet fans.