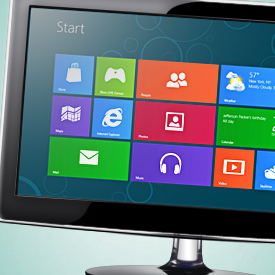 The much anticipated new operating system will be available to Joe Public just a few weeks after being first made available to PC manufacturers in August.

“Windows 8 will reach general availability by the end of October,” confirmed Brandon LeBlanc on the Microsoft Windows blog.

Thinking about making the upgrade? You can have a taste of Windows 8 through Microsoft’s official preview program. It’s available for all to try, so it’s worth giving a whirl.