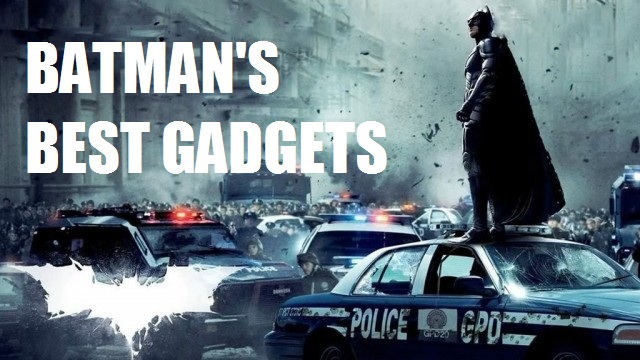 The Dark Knight Rises hits cinemas today! The final part in Christopher Nolan’s epic Batman trilogy, it sees the caped crusader take on the villainous, beefy Bane. He’ll have to use all the tools in his nifty utility belt to get the job done, but brainy Bruce Wayne is more than up to the task. Over the years he’s put together an amazing array of gadgets and weapons to help him clean up the streets of Gotham. Here we take a look at a few of The Bat’s best.

Batman doesn’t do spandex. When it comes to his crime-fighting garb, the Dark Knight opts for state-of-the-art protective gear. He’s a mere mortal after all, but is able to take a mauling from a guard dog, a beatdown from a gang of thugs and even a direct hit from a bullet thanks to his suit. It did embarrassingly take a few years for him to come up with a design that let him turn his head though.

The Bat Suit serves a dual purpose, allowing Bruce Wayne to present himself as a terrifying symbol as well as protecting his squidgy bits. With his menacing cowl allowing him to protect his secret identity and sweeping cape allowing him to dramatically glide into battle, the Bat Suit helps Wayne strike fear into the heart of his enemies.

The Batmobile has evolved more than any other of Batman’s gadgets over the years. Kicking off with a nifty spoiler-laden sportscar, it then moved into its classic, sleek bullet-like form through the 1980s before settling on the tank-like “Tumbler” for Christopher Nolan’s Dark Knight movies

The Tumbler is probably the most technologically advanced of all iterations of the Batmobile. Not only can its weapon systems be controlled remotely, but it can also perform ramp-less jumps thanks to its jet boost engine on the rear.

The Tumbler has one jaw-dropping secret weapon though that trumps all its other tricks. If the Tumbler takes too much damage, Batman can slide forward under the bonnet of the tank as it converts into the giant-wheeled Batpod motorbike, allowing the caped crusader to speed away while his four-wheeled drive self destructs.

Batman’s gauntlets became one of the key weapons in his arsenal during the Christopher Nolan films. As well as allowing him to deliver a powerful forearm smash, they also feature blades which can be fired off as projectiles, or used to clamp onto objects. There’s also hydraulic supports built in, allowing Wayne to exponentially increase his strength and bend the barrels of bad-guy’s guns as if they were made of rubber.

Since seeing his parents gunned down by Joe Chill as a child, Bruce Wayne vowed that his vigilante campaign would never involve the use of guns, nor would he take a life. If The Bat needs to take down a baddie from afar without using his fists, he usually turns to his trusty Batarang. Fashioned into the shape of the bat-logo, the best Batarang is the remote-operated one seen in Tim Burton’s Batman Returns. Controlled like a toy chopper, Batman can guide the batarang right to its target without having to be in the thick of the action himself. It can even identify foes of its own accord, taking them out while Batman gets on with more pressing duties. 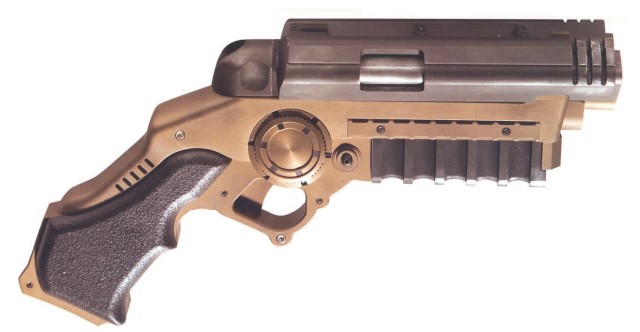 Unlike Spiderman or Superman, Batman isn’t naturally gifted with the ability to get around his surroundings quickly. Instead, he scales storeys in seconds with his high-powered grapplig hook, letting him reach the rooftops of Gotham and sniff out crime from a high vantage point. Paired with a couple of smoke bombs, the grappling hook also lets Batman escape a situation in style if the odds are stacked against him.

Is the Bat Signal a gadget? We’re not sure, but without it Batman wouldn’t be half as effective. With it, police Commissioner Gordon can effectively communicate with the Dark Knight wherever he may be within the gloomy streets of Gotham. With Batman not exactly easily contacted by conventional means, it’s pretty much the only way they can synchronise their crime fighting escapades. Beaming high into the night sky, it looks the business too.