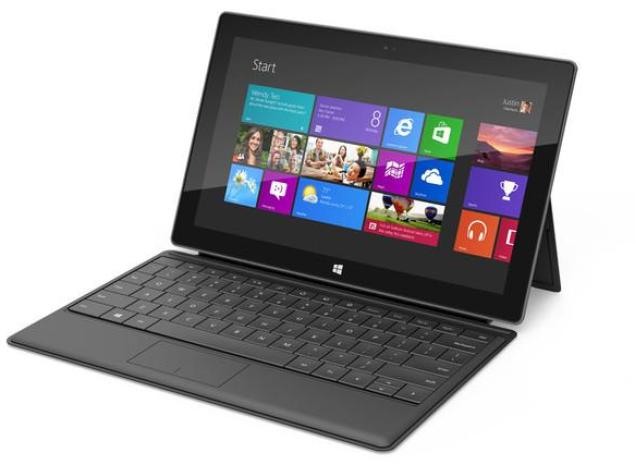 Microsoft have finally lifted the lid on their own-branded tablet device to rival Apple’s wildly popular iPad. After years of what many consider to have been Microsoft dragging their heels in the tablet market, they’ve now unveiled the Microsoft Surface tablet.

Running Windows 8 of an Nvidia ARM chip, it’s a 10.6 inch device running at a 1366 x 768 resolution. Made from magnesium as opposed to aluminium, it weighs in at 676g and measures 9.3mm thick. Microsoft have also set the edges of the tablet at 22-degree angles, which they believe will make it more comfortable in the hand. 32GB or 64GB configurations are available, with microSD expansion also possible. Software includes Office Home & Student 2013 RT.

Two “LifeCam” webcams sit on the front and rear of the device, alongside dual microphones and stereo speakers too.

“Surface is thin, light and it has a great battery. At 9.3mm, Surface for Windows RT is just thin enough to still sport a full sized USB port. Print, share, or charge your phone on the go. Head out knowing that you are ready for anything,” says Microsoft, though the company was careful not to detail specific performance specs or battery details.

The tablet also comes with a nifty kickstand and case that, much like the iPad’s Smart Cover, connects through magnets. Excitingly though, the magnetic 3mm case also houses a slim keyboard, which will be useful for tapping out those lengthy Office documents.

A second slightly thicker “Pro” version of the tablet, powered by an Intel Core i5 (Ivy Bridge) processor, will also be available, with a stylus pen and more memory built in. 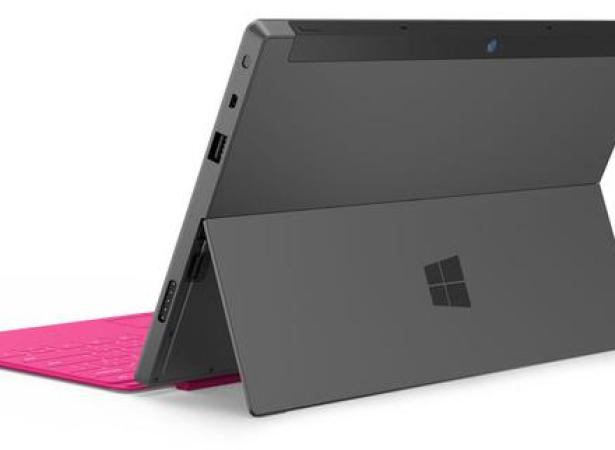 “We believe that any intersection between human and machine can be made better when all aspects of the experience — hardware and software — are considered and working together,” said Microsoft CEO Steve Ballmer at the event.

“We see that combination working in our PC ecosystem. We believe in the strength of that ecosystem. Much like Windows 1 needed the mouse, we wanted to give Windows 8 it’s own hardware.”

Surface will launch at the same time as the Windows 8 OS, which is expected to be sometime in October. It will be the first step in a new hardware line from the Microsoft stable.