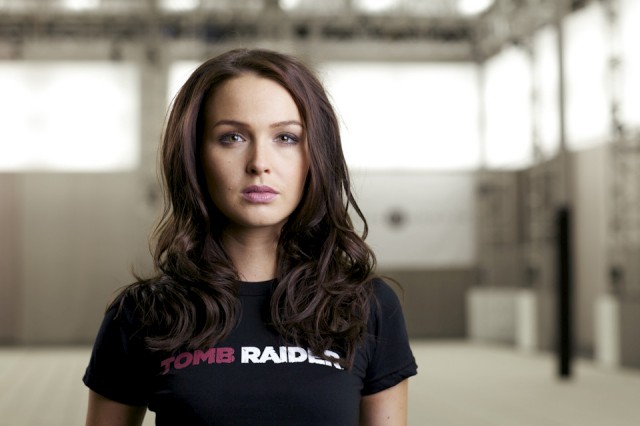 Square Enix have lifted the lid on who will be providing voice over and motion capture duties as Lara Croft in the new Tomb Raider reboot, and it’s none other than Prince William’s beau Kate Middleton.

Wait. Sorry. We mean the actress Camilla Luddington. Got a bit confused there you see as Luddington played the latest royal bride in William and Kate, a TV adaptation about the star-cross’d royal lovers.

Luddington’s also made appearances in Californication and True Blood, and follows in the footsteps of the likes of Rhona Mitra, Nell McAndrew and of course Angelina Jolie. However, this is the first time that an actress has also provided motion capture and voice over work for the in-game character.

“People love Lara and there is such a huge fan base that you don’t want to disappoint. You hope people can embrace the change and re-imagining of her and at the end of the day just have fun playing the game.”

However, the new game (a reboot for the series) has recently come under fire for its different portrayal of Lara as a young woman learning the gritty adventuring ropes. One particular scene, where Lara is the victim of an attempted sexual assault, caused controversy as it appeared to show that Lara could only be cared about by male gamers if she was put in a position of helplessness, a step backwards for a character that has for some become a feminist icon.

“This has been one of the most important jobs for us to get right,” said Darrell Gallagher, head of Studio at Crystal Dynamics.

“This Tomb Raider game is very different to any other and we are demanding far more from the voice acting than ever before as we take the franchise in a new direction.”