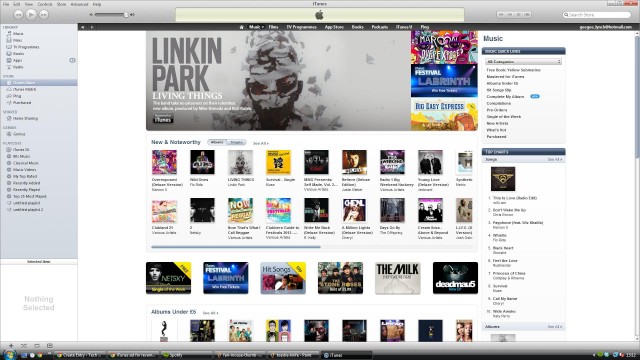 iTunes is well overdue a makeover, and 2012 looks set to see the most significant changes to Apple’s music library management and store platform for some time.

The latest reports suggest that Apple’s iCloud storage service will be deeply integrated into the next generation of the program, allowing users to access not only their iTunes-bought media files, but any other movies or songs they’ve uploaded to the cloud system. What’s more, it’d make all these files accessible on any computer with iTunes that the user could log into their iCloud account with.

Apple are also looking to combat social-friendly streaming apps like Spotify with their own song-sharing initiative. They’re in talks with major record labels to let users share a track with friends, good for a single whole playback, before being offered the option to buy the song if they’d like to hear it again. Alongside the song, they’d be given multimedia incentives to buy like artwork, videos and exclusive artist content.

iTunes is feeling increasingly archaic in the wake of the rise of Spotify, whose regular, small innovations see the service flexibly jump from strength to strength. Apple have the eco-system and devices to ride it out, but iTunes next version needs to get with the times to keep users attention, and hold sway over their wallets too.