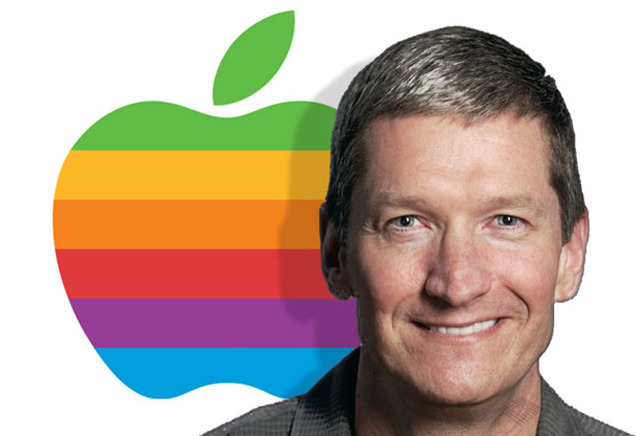 Tim Cook yesterday took the D10 stage, offering a rare, candid insight into the man now at the helm of Apple. Interviewed as part of the Wall Street Journal’s All Things Digital conference in California, it was the first time Cook had spoken publicly regarding Apple products outside of an Apple keynote event.

Cook covered many topics during the “fireside chat”, and took time to pay tribute to his old colleague Steve Jobs.

“I learned a lot from Steve. It was absolutely the saddest day of my life when he passed away,” said the new Apple CEO, stating that Jobs’ death filled him with renewed “focus.”

“At some point late last year, I sort of — somebody kind of shook me and said, ‘It’s time to get on.'”

Speaking of Facebook, Cook suggested that the two firms may soon put to rest their past quarrels.

“Facebook is a great company. I have great appreciation for them,”re-instating Steve Jobs’ belief that Facebook has “their way of doing things, but people could say the same thing about us.” Cook stated that industry commentators should “stay tuned” regarding the future relationship of both companies. Cook did however state that at no point had Apple been interested in buying out Facebook’s latest purchase, photography app Instagram.

Moving onto their own social offering, Ping, Cook admitted that it had underperformed. “We tried Ping, and I think the customer voted and said this isn’t something that I want to put a lot of energy into.” Though just short of announcing Apple will be killing off the platform, Ping’s future look uncertain.

One thing that won’t be changing at Apple is the company’s secretive nature. “We’re going to double down on secrecy on products,” said the Apple boss, also stating that where possible, they will avoid publicizing details of companies or technologies they buy. They will however continue to strive for transparency when it comes to supplier and environmental responsibilities.

Though avoiding speaking specifically on details of future products, Cook did spare time to discuss Siri and the Apple TV.

Of Siri, Cook said “Customers love it. It’s one of the most popular features of iPhone 4S. But there’s more that it can do, and we have a lot of people working on this. And I think you will be really pleased with some of the things you’ll see over the coming months on this. We have some cool ideas about what Siri can do. We have a lot going on this.”

As for Apple TV, Cook reinforced the box’s importance for Apple: “This is an area of intense interest for us […] We’re not a hobby kind of company, as you know,” both distancing himself from Jobs’ earlier dismissive remarks about the product line, and keeping those hoping for a full Apple HDTV on edge.

As for Apple’s rumoured moves into dedicated gaming hardware, Cook all but rules it out.

“More people play on portable devices. Where we might go in the future, we’ll see. Customers love games. I’m not interested in being in the console business in what is thought of as traditional gaming. But Apple is a big player today and things in the future will only make that bigger.”

With the iPhone and iPad app stores doing a roaring trade, a console in the traditional sense of the word isn’t necessarily needed by Apple. If Apple do make a living room push with an Apple HDTV however, we wouldn’t be surprised if some sort of armchair app gaming wasn’t involved somewhere down the line.