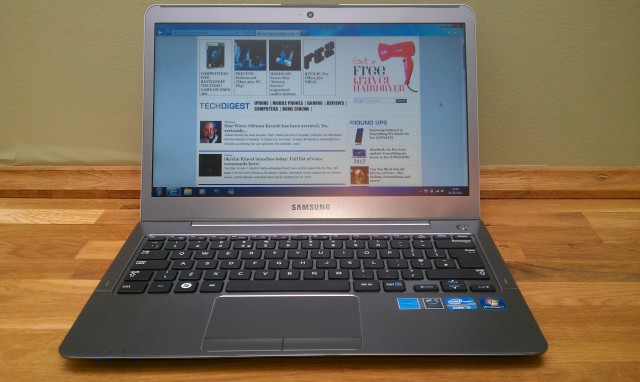 Reasonably slim, reasonably powerful and reasonably affordable, Samsung’s Series 5 Ultra ultrabook positions itself firmly in the mid-range of the bourgeoning new portable computing market. But does it do enough to give more expensive alternatives a run for their money? Read on to find out.

Samsung are certainly doing a good job of throwing their hat into the ultrabook ring, impressing with their high-end Series 9 models and slightly cheaper Series 7 machines. They’re also making a decent stab of sewing up the mid-range with the Series 5 Ultra range, with prices starting at around the £800 mark for the 13.3 inch model (reviewed here) and £850 for a 14 inch version.

While letting those on a slightly tighter budget get in on the ultrabook action (you’re looking at £1,000 usually for your average ultrabook), and certainly offering up a tempting proposition, the Series 5 Ultra range comes with a few concessions that prospective buyers should note before laying down their cash. 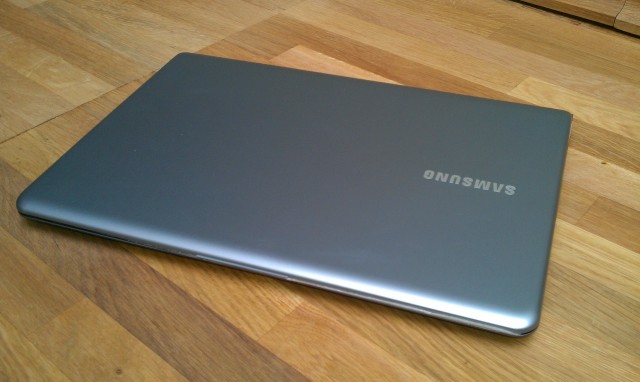 While not remarkably powerful, the Core i5-2467M processor fits the Sandy Bridge bill (an ultrabook minimum prerequisite) and helps things to tick along nicely. Using an Intel HD Graphics 3000 integrated chip, you’re not going to be doing any hardcore 3D gaming on the Series 5 Ultra, but you’ll be able to stream HD video without any real stutters. If you do intend to get some more intensive gaming apps running, you should probably opt for the 14 incher, which sports a slightly more powerful dedicated AMD Radeon HD7550M GPU. 4GB of RAM therefore should be enough for the day to day tasks this machine is aimed at, though all models in the Series 5 Ultra range have the option of being expandable to 8GB, should you be looking to push the machine a little further. 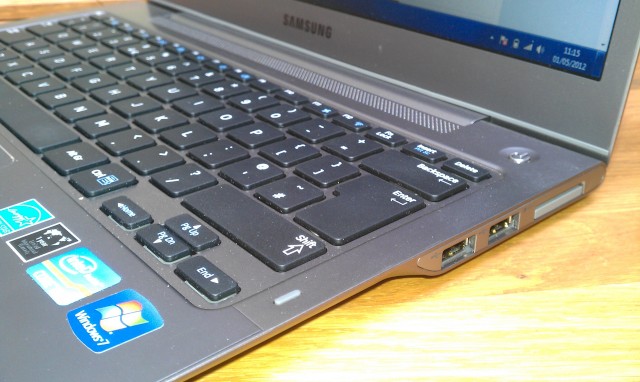 The combination of a 16GB iSSD and 500GB HDD is perhaps this machine’s smartest move though. Pair the iSSD with the ExpressCache technology built in here and the Series 5 Ultra can boot up in just 20 seconds, and waking from sleep in roughly 2 seconds. The ultrabook intelligently loads the operating system and most commonly used apps from the iSSD, which is much faster than the HDD, while also boasting the capacious storage allowed by a regular hard drive. It’s the best of both worlds.
However, the HDD also has some downsides of course, not least of all necessitating a slightly bulkier chassis. At 20mm thick and weighing 1.5 kg, it’s hardly back-breaking in size, but certainly larger than the razor-thin designs that Acer, ASUS, and indeed higher-end Samsung models offer.

Overall though it’s a good looking ultrabook, with a brushed-metal chrome finish that doesn’t attract fingerprints too easily, curved edges and a very solid build quality. They keyboard and large touchpad are good too. Isolated keys are comfortably sized and travel well, and there are decent sized arrow keys, if no numeric keypad. The touchpad is generously sized too and fairly responsive. It’s also packing two individual left and right mouse buttons as opposed to a single integrated one. I’m not against one (well designed) area-sensitive mouse button, but for others it’s a deal breaker, so they’ll be pleased to see the feature included here. 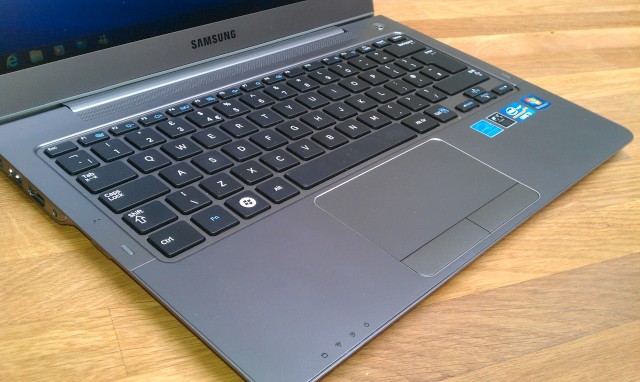 Though a strange issue initially saw the feature disabled on our test machine, the Series 5 Ultra ultrabook also supports multi-touch gesture inputs. It’s not quite as responsive or extensive a set of commands as you’d find on an Apple notebook, but gestures like pinch-to-zoom and two-finger scrolling work well enough for you to find yourself using them often.

Being slightly thicker than other ultrabooks has a few other advantages, especially when it comes to available connections. For starters, you’re getting a full-sized HDMI-out port (a rarity in the slim models which usually require a mini-HDMI adaptor), a speedy USB 3.0 socket and 2x USB 2.0 ports. There’s also a 4-in-1 multi-card slot for SD, SDHC, SDXC and MMC, as well as a full-size Ethernet port. You’ll find a 1.3MP webcam flush with the upper part of the screen bezel, while the 3W stereo speakers sound clear and with a decent amount of body, refraining from distorting at high levels. Not bad going really. 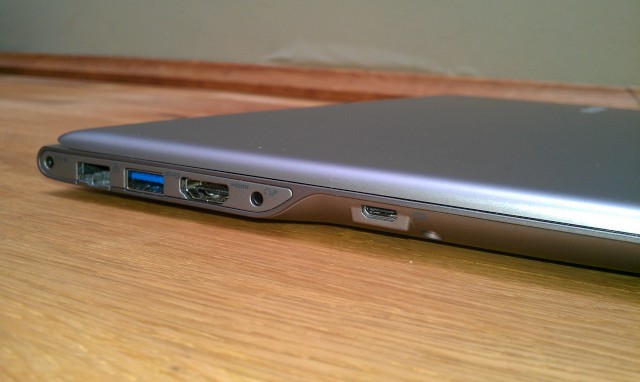 The screen is perhaps where the real cost-cutting seems to have come in though. It’s sharp enough with its resolution of 1366 x 768, and bright too at 300 nits, but colours are all off. They look particularly washed out at the factory defaults, and even drastic tweaking made only minor improvements. We’re aware that anti-reflective screen coatings (like this one sports) can mute colours slightly, but the problem here was more severe than anticipated with all colours given a bluish hue. Sit it next to Samsung’s Series 9 ultrabook for comparison and colours look particularly washed out.

Battery too was a slight disappointment. Using the Battery Eater benchmarking app while running a HD video loop with speakers at max and Wi-Fi connected, we squeezed 186 minutes out of a full charge on the machine. It’s not an awful score by any means, and you’ll get a day’s worth of work out of the Series 5 Ultra before needing to find a power socket, but we expect a little extra juice from our ultrabooks. 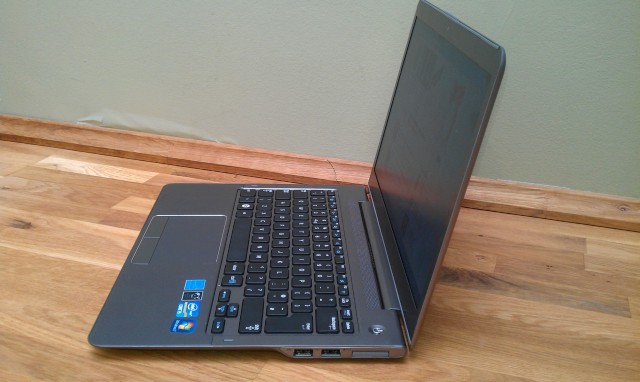 The Samsung Series 5 Ultra is a great laptop, if only an average ultrabook. While it ticks the stock-ultrabook check boxes with its Sandy Bridge processor and fast-booting SSD, it’s not quite as attractive in the looks department as its Series 9 big brother, nor as powerful or portable. On the flipside, it’s drastically cheaper than the majority of other computers classed as ultrabooks. You win some, you lose some, but the Samsung Series 5 Ultra will only disappoint the most critical of ultrabook enthusiasts.