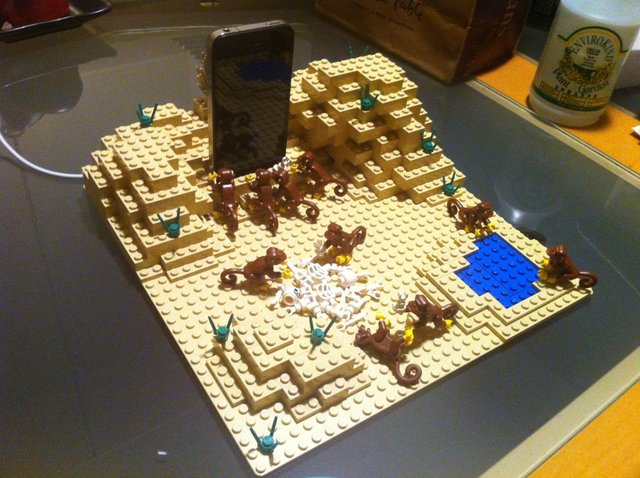 …and I don’t even have an iPhone.

There are few films cooler when it comes to artistic design than 2001: A Space Odyssey, few toys more amazing than LEGO, and no smartphones slicker in terms of industrial design than the iPhone 4S. Put them all together and you’ve got quite the nerdgasm going on.

Though the image doesn’t really give much away, it looks as though the creator of this neat diorama has simply threaded an iPhone charging cable up through a gap in the scene’s base.

I love how the iPhone 4 really does look the spitting image of Stanley Kubrick’s mysterious, ominous inter-dimensional monolith from the movie.

If you think the ape men went crazy when the monolith arrived in the film, those LEGO monkeys are really going to lose their sh*t when Siri can’t understand their squeaks and whoops.