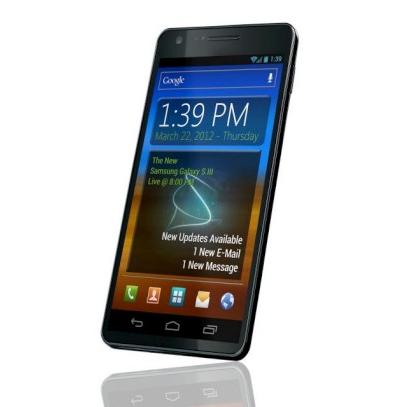 Samsung blew everyone away last year when they launched the Samsung Galaxy S 2 last year. A poster-boy for Android fans, it proved that when the mobile operating system was paired with the right hardware and a neat re-skinning, Google’s software was more than a match for Apple’s iPhone and iOS.

Almost a year around since its launch in June 2011 and we’re now waiting patiently for news on the Samsung Galaxy S III. With industry insiders like Eldar Murtazin already claiming that there have been 10 million handsets per-ordered from operators, it’s clear that the industry is expecting massive things from the Galaxy S 3. Remember that the Galaxy S 2 to date has managed well over 20 million handset sales, and it’s not too much of stretch of the imagination to see the Galaxy S 3 pulling off similarly astronomical figures.

So what can we expect from the next Samsung Android superphone?

For your convenience, we’re collecting together all the most significant rumours surrounding the Samsung Galaxy S 3 into one mega-rumour post below. We’ll continue to update this post as new tidbits of info trickle in, before doing a final round up when Samung eventually lift the lid on their latest smartphone.

A display of galactic proportions?

Samsung aren’t shy when it comes to size. We thought the Samsung Galaxy S 2’s screen was big at 4.3 inches, and the Galaxy Nexus was a whopper too at 4.65 inches. And then of course there is the Galaxy Note, the stylus-supplemented 5.3 inch whopper.

Rumours suggest the Galaxy S 3 will have a 4.6 inch screen; it’s an on-trend size when compared to the likes of the HTC Sensation XL and One X, and was a figure that featured in a leaked Samsung internal presentation slide too, though its legitimacy has been called into question. A marginally larger 4.8 inch size was also suggested by a BGR report, with a 16:9 aspect ratio.

In terms of technology used, we expect Samsung to stick with a SuperAMOLED+ HD display, with Full HD 1080p support to give the Apple Retina Display at least a run for its money.

We’ll throw reports of a flexible screen out the window for now; the technology just isn’t ready yet. 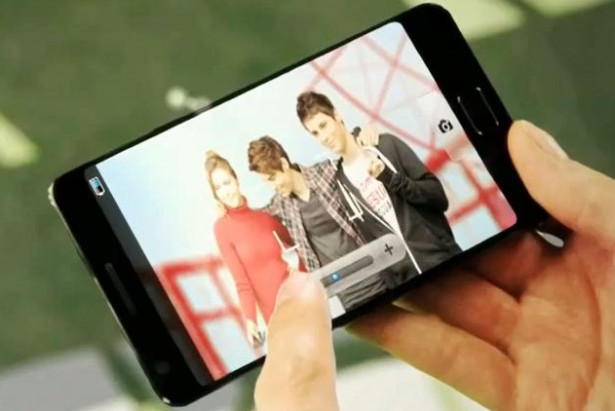 Samsung would be made not to put Android version Ice Cream Sandwich into the Galaxy S 3. It’s the latest version of Google’s mobile operating system, and it’s already on its way to plenty of older Android phones, including the Galaxy S 2. The Galaxy S 3 would look dated at launch if it didn’t have this installed.

Samsung also have tendency to spruce up the vanilla Android build with UI overlays of their own. Though we prefer HTC’s Sense UI, Samsung’s TouchWiz is a close second when it comes to manufacturer re-skinnings. Expect pre-installed suites of apps that cater for gamers, readers and movie watchers if the Galaxy S 2’s example is anything to go by.

Back in November news of a new, next-generation Samsung Exynos 4412 chipset surfaced on the web. It boasted very impressive quad-core speeds of 1.5GHz, easily making it among the fastest chipsets on the market were it to launch in the near future.

It’s not the only option available to Samsung either. They’ve also shown off their dual-core Exynos 4212 chip, a dual-core ARM9 chipset that’s 30% more power efficient than what’s in the Galaxy S 2 and a fair bit fast too.

Alternatively they could go crazy and squeeze in the Exynos 5250 2GHz dual-core chip, which can support ridiculous resolutions as high as 2560×1600. It’s an unlikely addition though, as it’s primarily designed with tablets in mind.

At the very least then you’re going to get a dual-core processor; Samsung aren’t going to take a step backwards from the Galaxy S 2, and they’d be frankly insane not to go quad-core if they expect to keep up with the likes of the HTC One X and whatever the iPhone 5 turns out to be,

The Galaxy S 2 was no slouch when it came to the imaging department, thanks to its 8MP back-illuminated sensor. Samsung’s camera teams seem to be upping their game once more though with their new S5K2P1 system, first revealed back in October. An 8.3 MP system, it’s real gain comes from its ability to shoot 30 snaps a second, basically eliminating shutter lag so prevalent in camera phones. That’s a hell of an upgrade right there, and we expect to see it in the Galaxy S 3. Other rumours suggest the megapixel count might make a bump up to 12 too, with the sensor flush with the chassis.

Memory and Storage Possibilities, Not All of Them Positive…

Though we’d like to see a bit more, we can’t imagine Samsung putting really all that much more than 1GB of RAM in the Galaxy S 3. It’s more than enough memory to see even the most challenging of Android apps tick along at a comfortable pace, and any more than that could be seen as a bit of an extravagance, unless Samsung are intending to launch some crazy multi-tasking focussed UI.

In terms of storage, we’re a little bit worried that you’re going to see a similar move as Samsung made with the Galaxy Nexus. It had a relatively fair 16GB of built-in storage, but without any support for microSD cards! Those who like to use their handsets as a media device we’re forced to cap their libraries at 16GB, when the majority of handsets these days offer support for 32GB microSD cards as well as whatever built-in storage they came with. It’d be disappointing to see Samsung make the same mistake twice, unless built in storage was at least, say, 32GB.

If you’re not a fan of messy cabling laying around your house, there’s the possibiity that the Galaxy S 3 may also have wireless charging support built in too. That’s the news coming in from a Korean source, claiming the handset will be capable of inductive charging much like that seen inside Powermat charging kits. It’s not a technology that really saw the attention given to it that many had expected (the base charging unit still has to be plugged into the mains afterall), but it’d be a nice, unique feature to set the Galaxy S 3 apart from the pack in our books.

LG have done it, Nintendo have done, and now it’s been suggested that Samsung too are looking to add a 3D display to their mobile devices. A rumour originating from Korea has suggested that the rumoured Exynos processor inside would also be used to power a 3D screen, which like the 3DS would autostereoscopic, or glasses-free.

With 3D being a bit like tech Marmite (you ever love it or hate it) Samsung quickly moved to quash the rumours:

“Although Samsung Electronics is constantly exploring new technologies for our mobile devices, we have no immediate plan to include displays featuring 3D technology in our upcoming smartphones,” read a statement sent to Engadget.

So you can pretty much categorically rule out a 3D screen from being included in the Galaxy S 3. 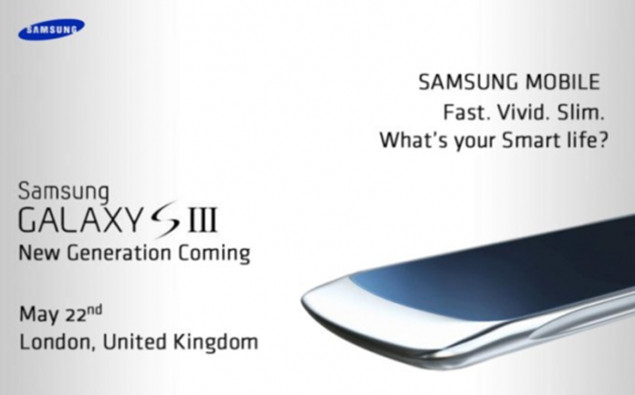 Samsung have finally given an official launch date for their next Galaxy device. Tech Digest have been given an invite to “Come And Meet The Next Galaxy” on May 3rd at an event in London. Though the specific device isn’t listed in the invite, we’d bet our kidneys on it being the Samsung Galaxy S 3.

Part of Samsung’s now-traditional “Unpacked” showcases, the mobile launch will be the climax of levels of anticipation usually reserved for Apple launches.Of course, it could be a whole other Galaxy product, like the rumoured Note 10.1, but the timing of the event paired with the spurt of leaks we’ve seen recently for the S 3 suggest otherwise.

We’ll be stuck in come May 3rd, bringing you all the news from whatever the launch ends up being.

What are the handset’s pricing and retail release date information though?? Now they’re the big questions on everyone’s lips right now really, aren’t they? In terms of price it’s fairly easy to speculate based on current top-tier smartphone prices. The Galaxy Nexus, as an own-brand peer for Samsung, retailed at a whopping £520, with monthly contracts kicking off at around £35. The Galaxy S II cost a little less at the £500 mark, but contracts easily ran into the £40-odd a month mark. Though high, both quickly dropped in price. We expect similar patterns and pricing for the Galaxy S 3.

If the May date proves true, we’d expect a UK, European and Asian in-store launch to follow soon afterwards. US Android fans may have to wait a fair bit longer though; a delay in the release of the Galaxy S 2 in the States means that it is still a relatively new phone in the land of Stars and Stripes, and we wouldn’t be surprised if Samsung looked to extend that handset’s shelf life by putting off the S 3 launch for a few months across the pond.