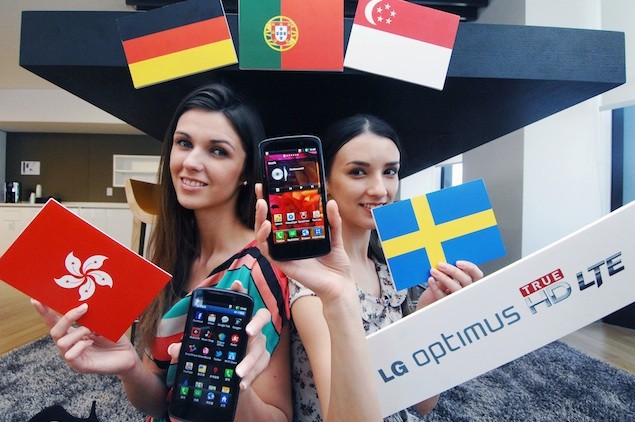 LG have announced that their Optimus True HD LTE Android handset is to get a European release.

Having already been available for some time in the US, Canada, Korea and Japan, the Optimus True HD LTE will now extend its availability to Germany, Sweden and Portugal, as well as Hong Kong and Singapore.

No word yet on a UK release, but with Britain still lagging far behind the rest of the world in the 4G LTE stakes, it’s looking unlikely that we’ll see the handset hit our shores.