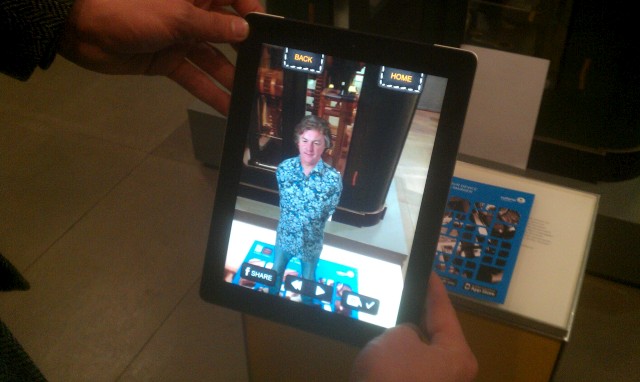 Augmented reality hits the Science Museum! No, we’re not relegating AR as a dusty curio of tech gone by, but instead talking about the “Science Stories” app, which we had the privilege of trying out before the general public today.

Science Stories is an augmented reality application created in collaboration by developer Digicave and Qualcomm, using Qualcomm’s Vuforia augmented reality software development kit. With Science Stories, visitors to London’s Science Museum can get a guided tour of nine key exhibits by none other than Top Gear’s James May. Hit the video below for a peek at how it works:

Available on the iPhone, iPad and a wide range of Android devices, the £1.99 app works by using your device’s camera system to recognise a special marking on the side of one of the featured exhibit’s information plinths. Once the phone has registered the marking, it triggers the appearance of a miniature May who offers a humorous, informative commentary on the object in front of you, complete with a subtitles option and Facebook sharing capabilities.

May appears as a walking, talking fully 3D object which you can move around freely (so long as the plinth-trigger marking stays in view of your camera sensor). The Digicave team achieved this by taking multiple full body shots of May from slightly varying angles, before pasting his likeness over an animated wireframe. It can take a little while to trigger the AR features (we were using a HTC Desire HD) and May had a tendency to disappear if we got jostled too much by passers by, but it was a fantastic way to introduce interactive elements to the otherwise-monolithic exhibits.

The app tended to work best on an iPad, not least of all thanks to the larger screen real estate offered. James appeared most clearly on Apple’s tablet, which managed to track the trigger marking most effectively. It also offers the most easily-shared screen, an obvious boon for families that may have to otherwise buy the app multiple times on each lucky child’s AR-ready device. 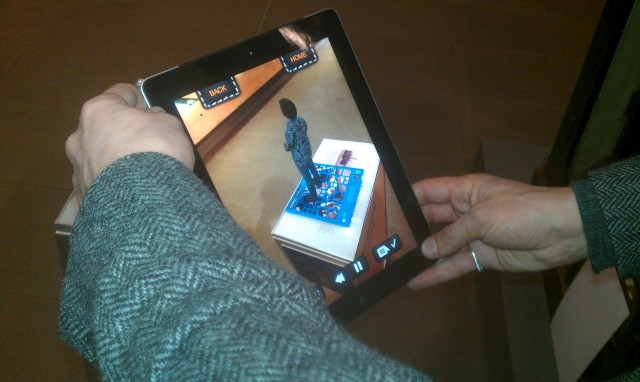 The app also has an “At Home” mode too, letting you access May’s commentary outside of the museum.

There’s plenty more to come from both the app and the underlying technology too. James May has already supplied voice-over work for a further 5 exhibits, which will likely hit the app as a free update in the near future. Qualcomm’s Vuforia technology on the other hand has already advanced far enough to forego the need for anchoring AR markings, with image recogntion capabilities that could see the very historical items themselves become the augmented reality triggers. This however requires a high end smartphone with a high resolution camera, and in the interest of making the app as universal as possible was not implemented in Science Stories.

To grab the app, visit the Google Play store or Apple’s App Store.