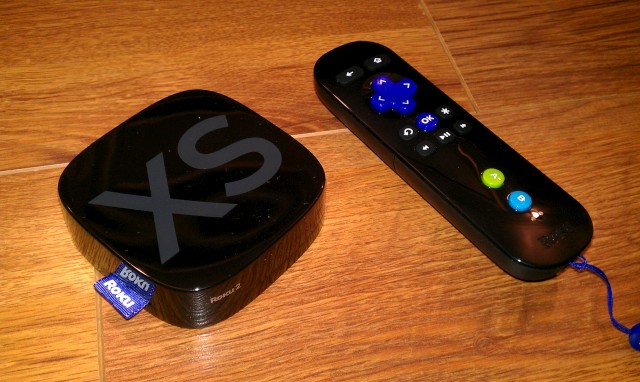 Already holding the title of the most popular TV streaming box in the US, Roku are now setting their sights on the UK market. The Roku 2 XS, with its Bluetooth motion controlled gaming capabilities and access to Netflix movie streaming, is their top of the line streaming box. Read on for our verdict.

Sitting snugly in the palm of your hand, the Roku 2 XS is as small as streaming players get. An 84mm x 84 mm x 23mm box with rounded corners, it weighs just 85 grams, with a gloss-black finish that will see it hide away easily among your other AV gear. Connecting to the internet over 802.11n Wi-Fi or an Ethernet connection, the rear of the Roku 2 XS player has four simple connections; HDMI (with 5.1 surround sound pass-through) an A/V out port (which uses an included bespoke mini-jack to left/right/composite video RCA cable), the afore-mentioned Ethernet port and an AC socket. Using less than 2W of power when streaming HD video, there’s no power button, with an auto-standby mode kicking in after a short period of inactivity and using only minuscule amounts of energy. You’ll also find a USB port on the left hand side for playback of a modest range of media files.

Once everything is plugged in, you’ll need to head online to activate your Roku 2 XS box. A reasonably short web form has to be filled out on the Roku website (which includes your credit card details, though these will only be used if you purchase premium content through the box), after which you’ll be given an activation code for your streaming unit. It’s a shame that this couldn’t have somehow been achieved with a set-up process through the XS itself, and if you’re a subscriber to the likes of Netflix, you’ll also have to manually add your credentials to some of the streaming channels too.

Considering how clunky the initial set up is, using the Roku 2 XS after that point is as simple as can be. The XS comes with a Bluetooth-enabled remote, which looks much like a squat black Wii controller, complete with a D-Pad, A and B gaming buttons and Home, Back, Return and playback controls. There’s even a little wrist-strap to stop it flying out of your grasp. The remote is used to navigate the tile-based UI, as well as the odd bit of text entry in search fields. It can also be used for motion-based gaming, which we’ll get onto in a minute. 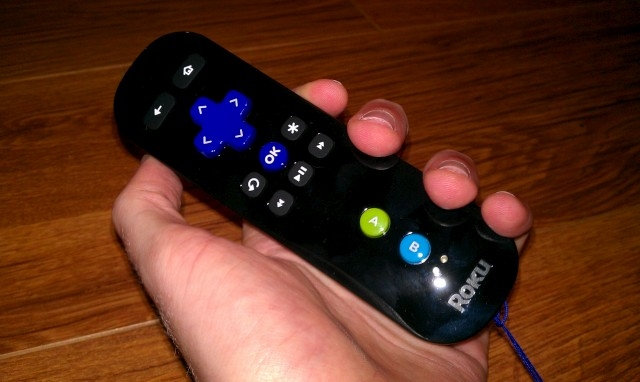 The first, home screen of the Roku 2 XS box has the settings and Channel Store tabs, and also houses the channels you download from the store, scrolling left to right. With hundreds of channels available and more on the way, this area may quickly fill up and become a little unwieldy, but for now works well enough.

Heading over to the Channel Store tile brings up the wide-range of content available to be streamed through the Roku 2 XS box, some available for free, others requiring a subscription to access.. As well as big name providers like Netflix, BBC iPlayer, Flixster and Vimeo, there are tons of niche channels whose content ranges from everything from religious sermons to retro public announcement videos. There are a few notable omissions however, and we’d have loved to have seen for instance a YouTube channel, as well as some other UK broadcaster’s catch-up offerings, such as Channel 4’s 4oD and the ITV Player. Having said that, there are also some excellent, rarely seen VOD offerings, such as the inspirational lectures from the TED channel, as well as plenty of web radio options.

Though not officially supported by Roku, you can also use the Roku website to access a large number of “private” channels, which are downloaded to your Roku 2 XS player by inputting a code on the website. These range from international video content streams to adults-only movies. Some really useful channels, like a third-party Last.fm build, are available, and if you do fancy putting a bit of blue on your Roku, there are password protection options to keep young eyes from stumbling on what they shouldn’t. As “private” channels are often beta builds or made by enthusiasts, there is however no guarantee they will forever be available on the streaming box. 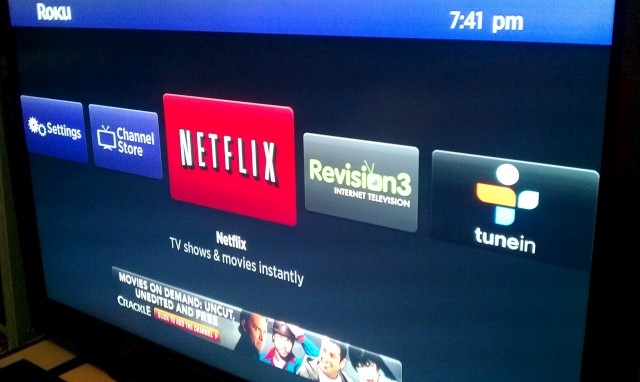 For the most part, the channels make use of a tile-scrolling navigation set up, barring a few exceptions, such as the iPlayer’s bespoke UI (familiar to anyone who has browsed the platform on any number of other devices). It’s easy to browse with the directional pad, but not so easy to search; few channels allow you to look for specific content by keyword, and when you do, it’s a painstaking task of scrolling around a virtual keyboard, press by press. As such, it’s mostly a curated experience. With such a vast array of video content to browse through, we’d have loved the chance to favourite videos for later viewing, but the functionality is missing. On one isolated occasion we found that the UI inexplicably slowed down to a crawl making it impossible to use, but a hard reset achieved by disconnecting the XS from the mains solved the problem, and it hasn’t happened again since.

The quality of the streams however are uniformly excellent. Thanks to an adaptive streaming system, you’ll rarely, if ever see a buffering sign on the Roku 2 XS, with the stream’s visual quality adapting to match that of your web connections capabilities. Even with a modest connection however you should be able to view stutter-free 1080p HD streaming. Using the Netflix app as an example, its 1080p high resolution output was pretty much a match to that found on the PS3, with clear, sharp images that just fall short of Blu-ray quality. 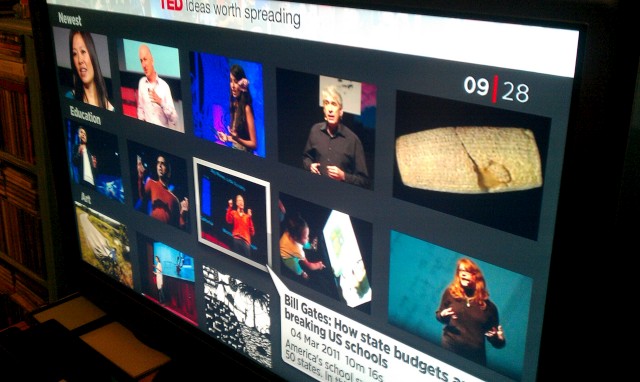 Also available from the Channel Store are a dozen or so gaming apps. Though most are premium, paid for downloads, Angry Birds is included for free. Thanks to the Roku 2 XS’s motion capabilities, it controls much like a Wii game, with a wave of the hand translating to a yank of the in-game catapult. While admittedly basic stuff, it worked surprisingly well for what is first and foremost a TV streaming box, and we look forward to more big-screen gaming on the Roku XS. Also, thanks to the Bluetooth nature of the controller, playing games doesn’t require line-of-sight with the Roku box, meaning it can be tucked away behind a TV without disrupting play.

If there’s one real disappointment with the Roku 2 XS, it’s with its lack of robust media playback options from a local USB storage device. The only formats supported are MP4 (H.264) video, AAC and MP3 audio and JPG and PNG image files. Pair this with a lack of DLNA functionality and the Roku 2 XS falls short of being a comprehensive multimedia experience.

The Roku 2 XS streaming box is a great bit of kit. With access to so much online TV content, much of it of a high quality nature thanks to the likes of Netflix, TED and the BBC iPlayer channels, it’s more than a match for its Apple TV rival. Of course, you’re going to have to have a paid subscription with a few of the channels to get the most out of the box, but that’s no different than with the Roku 2 XS’s competitors. The visual quality of the streams, particularly where HD content is available, is superb, and navigating all the features is fairly simple.

Where the Roku 2 XS is found lacking is in its poor file support over USB storage and lack of DLNA features. For a UK audience, there are also a few notable catch-up providers missing but there’s every chance these will be added in due course.

The real question is whether or not you need the Roku box. If you’ve got a HD games console or a Smart TV, you’ve probably already got access to many of the Roku’s features. If you don’t already have access to these services, the Roku 2 XS does however come highly recommended.