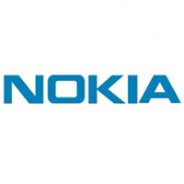 They’re very much bedfellows with Microsoft since diving head-first into production of Windows Phone 7 smartphones, and now Nokia look to be readying a Windows 8 tablet by the end of the year too.

According to DigiTimes, Nokia will be putting Microsoft’s touch-focussed operating system through its paces in a slate set to ship “in the fourth quarter of 2012” with 200,000 units built by the Compal Electronics manufacturers ready to ship at launch.

Packing a Qualcomm “dual-core platform” (most likely an S4 chipset), Nokia have long been entertaining the idea of producing a tablet unique from the bevvy in stores already. Just last year for instance they were thought to be experimenting with a MeeGo slate. Windows 8 would certainly set the Finnish company’s offering away from the pack, at least initially.

We’ll keep an eye on this story as the year progresses.