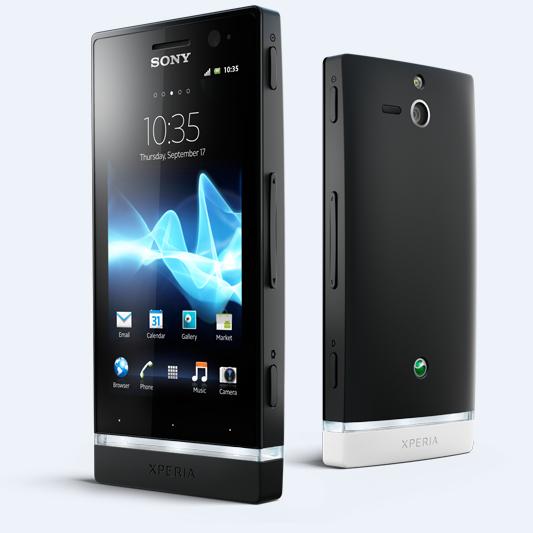 Sony Mobile, the new moniker for Sony’s mobile operations since the split with Ericsson, held a hands-on session in London yesterday with their latest line-up of smartphones, just revealed this week at Mobile World Congress 2012. Amongst other handsets, we got to have a play around with the Sony Xperia U at the event.

For what’s being pitched as an entry-level smartphone, we came away impressed.

Now, you may ask why we’re not featuring our own photography for the Sony Xperia U preview here, but that was at the request of Sony Mobile’s PR team. With the ink still drying on the split from Ericsson, we were shown a prototype Xperia U handset that still had Ericsson branding on it. Hence, these snazzy press shots instead.

Housing a 1GHz dual-core processor with a 3.5 inch Reality Display powered by Mobile BRAVIA Engine, to the naked eye there’s little separating the handset from its premium S and P siblings. Matching the iPhone 4S for size, it’s a vibrant screen, with the dual-core processor having no problems zipping through apps at speed.

However, the Xperia U still has some trappings of the entry-level market. For starters, there’s a transparent strip near the bottom of the handset that glows different colours depending on what’s on screen when using the photo gallery and music playing apps. Sure, it’s a novelty feature, but it added a lot of character the phone, especially when faced with the cookie-cutter designs of many Android handsets. You’ll also be able to unclip a small plastic cover at the base of the handset, letting you swap in one of the colour of your choice.

A 5MP camera sits on the rear of the device, and a front-facer for video calling. 5 megapixels is standard smartphone fare these days, but the Xperia U sits itself apart with its fast capture feature. From off, you can snap a picture in just 1.3 seconds by pushing down the dedicated shutter button on the handset’s edge. Due to the nature of the demo units we saw, software quirks led to some blurry images being captured, but we were assured this would be ironed out by the time the final handsets launched.

Which leads us on to software. Currently sitting on Android Gingerbread, Sony state that an Ice Cream Sandwich update will roll out in the second quarter of 2012, which shouldn’t be too long after the handset’s launch.

Powerful, good looking and (hopefully) budget-friendly, Sony look to have a real winner on their hands here. We’ll grab an Xperia U for a full review and give our final verdict as soon as the handsets become available.