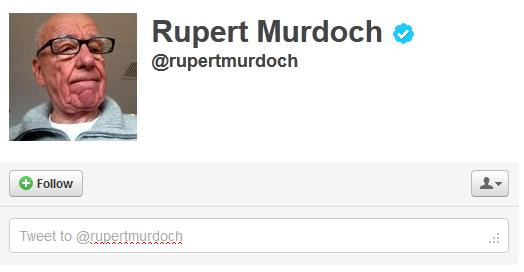 The ageing media baron has managed to rack up a whopping 80,000 followers in the short time since joining the micro-blogging service on New Year’s Eve, despite a damaging 2011 which saw him facing phone hacking allegations on behalf of a number of his media outlets.

Although initially thought to be a hoax account, Twitter founder Jack Dorsey has since confirmed Murdoch’s arrival, posting that “With his own voice, in his own way, @RupertMurdoch is now on Twitter.”

However, not everyone has welcomed Murdoch’s arrival on the social network, with many sending the media mogul messages with the hashtag “#wanker” attached to them. 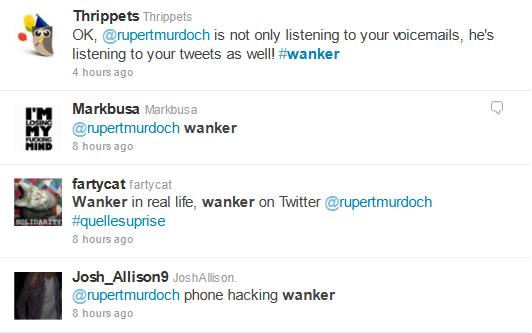 Perhaps the best put-down of all however came from Former Deputy Prime Minister John Prescott. He tweeted: “Welcome to Twitter … @rupertmurdoch. I’ve left you a Happy New Year message on my voicemail!”