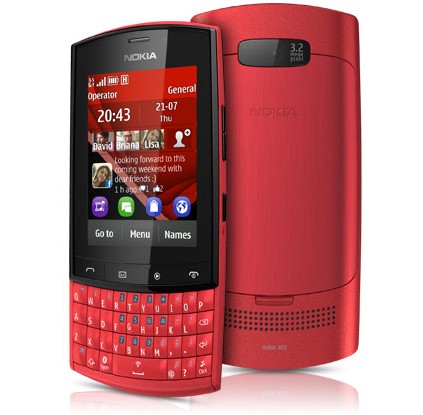 They may be focussed on plugging their Windows Phone Lumia smartphones at the moment, but Nokia spared some time today to mark a quite staggering milestone for their other OS.

For comparison, the iPhone, across all model variants in the smartphone’s lifetime, has only managed to shift 183 million units.

“We are incredibly proud to reach this milestone. Having 1.5 billion Series 40 devices sold is a hard-to-reach mark, let alone one attainable in a single line of products,” said Mary McDowell, EVP for mobile phones at Nokia.

“At a time when we are maintaining our commitment to connecting the next billion customers around the world – it is gratifying to consider how Series 40 devices have made mobile technology accessible and help continue to change people’s lives for the better.”

The 1.5 billionth handset was sold to Mayara Rodrigues, a 21-year-old a Brazilian woman in Sao Paolo. She picked up a Nokia Asha 303 (pictured).

A pity then that Symbian is such a frustrating, buggy OS. We wonder how many of those 1.5 billion users have been burned badly enough by the OS to make them never want to try a Nokia smartphone again, Windows Phone OS or otherwise?