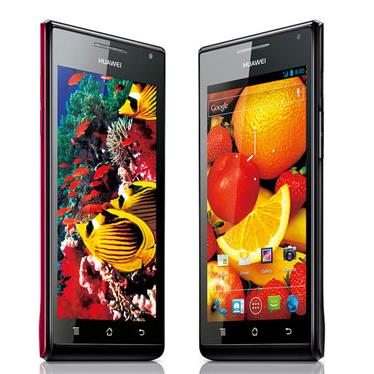 All hail the new king of super-slim phones. Huawei have used CES 2012 as the platform to reveal their latest Android handset, the Ascend P1 S, which is the latest smartphone to claim the “world’s thinnest” title at just 6.68mm thick at its thinnest point.

That matters little if what’s under the hood is shoddy though, but Huawei seem to have managed to squeeze in some impressive kit despite the size.

Sitting under a luxuriously colourful 4.2inch AMOLED display is a 1.5GHz dual-core processor, based on the a TI Cortex A9 chip. Huawei, unlike many competitors, have pushed the boat out and popped the Ice Cream Sandwich (Android 4.0) OS onboard too.

That flash-looking screen is protected by Gorilla Glass, which will also help defend internal components like a GX 540 graphics processor and impressive 1800mAh battery from bumps and drops somewhat.

1GB of RAM should keep apps running smoothly, while snappers can shoot happily with an 8MP stills/720p video capture combo.

Despite an impressive spec sheet, Huawei are hoping to get this on shelves by the end of March for around £260 ($400). Not a bad looking deal in our books. Samsung’s mobile offerings will have to work hard to top this at CES this year.