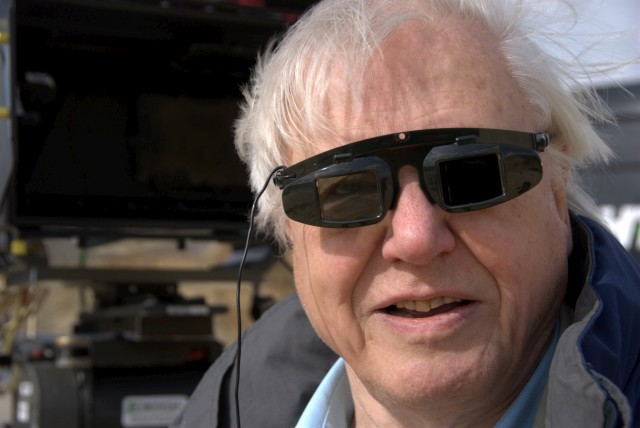 Last night Tech Digest were invited to the première of Sky 3D’s latest natural history movie, The Bachelor King 3D. Helmed by Sir David Attenborough, the movie tracks the trials and triumphs of a King penguin from adolescence to adulthood.

You’d expect nothing less from an Attenborough flick, but The Bachelor King 3D, shot on the sub-Antarctic island of South Georgia, is particularly beautiful, in no small part thanks to the 3D work employed. From underwater chases with Orca whales to sweeping shots of hundreds of thousands of penguins protecting their brood in the harshest climate on the planet, it’s funny, tragic, and touching, giving an informative look at these charming birds.

“Technically it is impossible to use a long telephoto lens, the reason being that a 3D camera mimics the human eye and has two cameras close together with the same kind of separation as our own” said Attenborough.

“If you shut one eye when looking at something that’s close to you, you get one view, shut the other you get another view. The brain puts those two together.

“If you’re looking at something on the other side of this theatre, you would see no difference. The way that you would get a stereo image is to separate the two components further.

“But when you do that…they have different backgrounds so it won’t go together. So with the state-of-the-art at the moment it’s not possible to use long lenses. And that is a very considerable problem when it comes to natural history programming.” 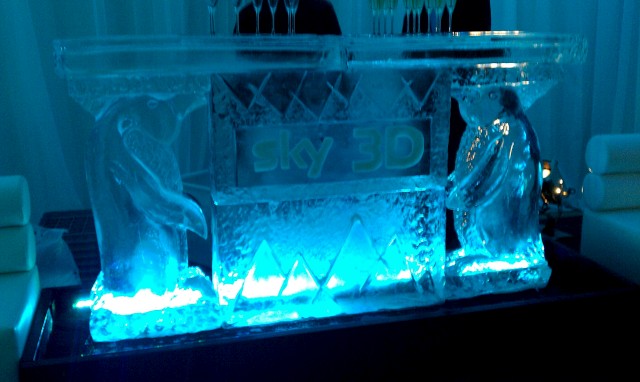 However, that’s not to undermine the importance of Attenborough’s films. When asked by Tech Digest whether his two roles as both naturalist and broadcaster ever came into conflict, Attenborough answered:

“Broadcasting has given natural history a chance to reach audiences it never ever could before. Particularly these days, when according to the United Nations over half the population of this globe is now urbanised. This means to a greater of lesser extent, they’re living without contact to nature.

“Some people wont see a single wild creature from dawn to dusk, apart from a pigeon or a rat! But it’s crucially important for our own welfare that we understand the natural world. Natural history is not just a pastime, it’s an essential part of someone’s comprehension of the world in which we live, and we depend upon that world.

“I believe broadcasting has a very important function in keeping natural history in the awareness of an ever increasingly urban population.”

Attenborough’s next two Sky 3D flicks, ready for broadcast next year, will be shot in Kew Gardens and the Galapagos Islands respectively, the latter of which he last visited back in 2006.

“Galapagos is one of the most wonderful places in the world. There are extraordinary creatures living there that live nowhere else – a whole slew of marvellous animals” said Attenborough.

“But one of the things that make them even more extraordinary is that because the islands were not discovered by human beings until relatively recently, and they had remained isolated for so long, the animals still haven’t become frightened of human beings. You can walk among them carrying your own snap shot cameras or even carrying a 3D rig and they won’t go away. They continue behaving in just the way that they would do naturally. Galapagos is full of drama, full of charismatic creatures which you can film; it is a natural for 3D.”

The commissions are part of Sky’s commitment to increase its investment in original UK content by 50% to £600million a year by 2014, further cementing its position as one of the biggest investors in the UK’s creative enterprises.

The Bachelor King 3D will air exclusively on Sky 3D at 8pm on New Years Eve, 31st December. It will then have a theatrical release, before returning to Sky 3D in 2012.