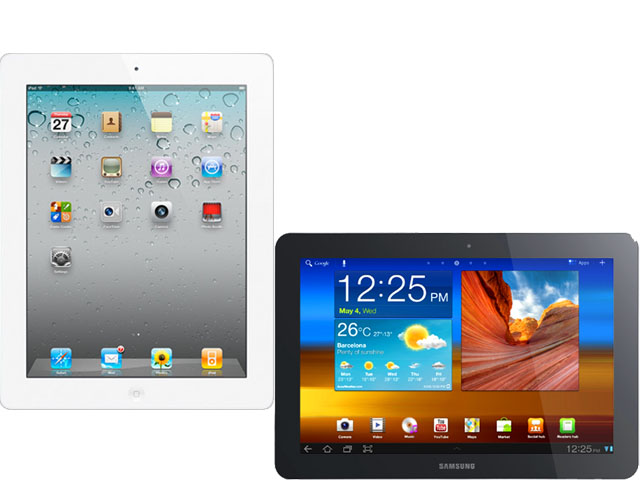 Samsung are currently said to be building an 11.6 inch Android tablet packing not only Ice Cream Sandwich, but a display running at an incredible 2560 x 1600 resolution.

With many expecting Apple to finally roll out their own high-def Retina display packing iPad 3 next year, Samsung may even beat them to the punch in the high-def slate stakes, with their latest tablet potentially ready for an early 2012 launch at Mobile World Congress next February.

The next-gen slate is also said to feature a much smaller bezel than the current Samsung Galaxy Tab 10.1 model, meaning that while the screen itself will be a little larger, the actual device as a whole should more-or-less maintain its svelte dimensions.

The device is thought to be powered by a 2GHz dual-core Exynos 5250 processor, capable of pushing out the huge resolutions stated, as well as potentially offering 3D capabilities.

It’s been a tough tangle in and out of the courts between Apple and Samsung this year when it comes to tablets. Despite the buzz already beginning to build up around a potential iPad 3 device, it looks as though Samsung are going to come out fighting in the tablet market in the new year.