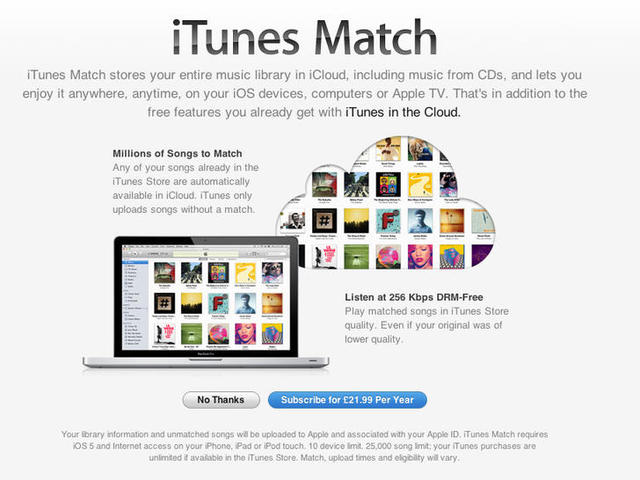 The service prematurely went live yesterday across the UK, France and Australia, lacking full functionality and having a troublesome sign-up system. despite launching just a few hours later, Apple still went through the trouble of refunding users who had jumped on too early to the service.

In the early hours of this morning however the service returned, in a fully functional state, offering users a year’s subscription for £21.99. This follows last month’s US launch.

iTunes Match is Apple’s own unique take on streaming services. It scans a user’s iTunes digital music library, offering 256kbps high-quality versions of all your tracks, ready to be streamed wherever you are, regardless of the original quality of the song.

However, Apple have come under fire for some elements of iTunes Match, namely that it also scans and offers high-quality streaming versions of songs that a user may pirated.