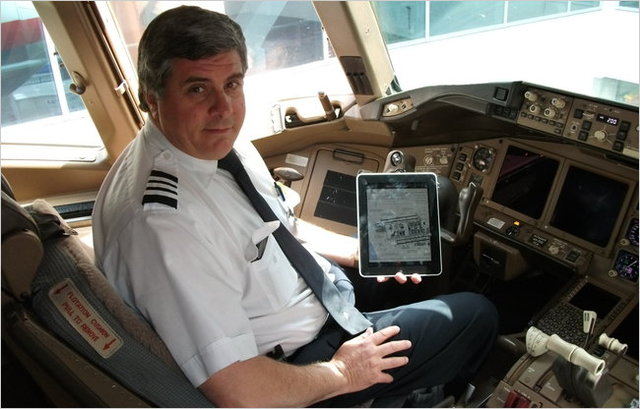 iPads are about to join the mile-high club in the captain’s cabin of American Airlines planes, as the FAA has now approved the use of iPads by pilots in the cockpit.

As of Friday 16th December, pilots will be able to replace their bulky flight manuals with one of Apple’ sleek touchscreen tablets, letting them more easily browse the reams of information stored within the paper tomes.

Rigorous testing by both American Airlines and Alaskan Airlines was carried out to ensure both the hardware and accompanying software we’re reliable enough to work consistently across long-haul flights.

“Pilots will use iPads as electronic chart and digital flight manual readers,” the source told ZDNet.

“The airline will begin iPad operations on B-777 aircraft, and then implement across all other fleets. By using electronic charts and manuals, the safety and efficiency on the flight deck is significantly enhanced.”

However, the move is sure to miff frequent flyers who are regularly told to refrain from using electronic devices during take off and landing, as well as needing to switch off wireless equipment. Won’t the pilots’ tablets interfere with equipment too?