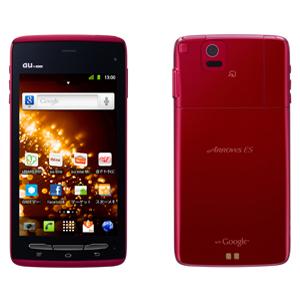 It’s been a fruitful year for super-slim smartphones, following the massive success of the Samsung Galaxy S II and Motorola’s recent charmer the RAZR. But in these fast-moving days of smartphone evolution, you’re only ever a matter of weeks away from the next big thing. Or in this case, the next slim thing, as Motorola prepare to accede their super-slim crown to the Fujitsu Arrow ES IS12F.

Another Android blower, it’s slimmer than the RAZR at 6.7mm at its thinnest point and lighter than the Galaxy S II 105 grams.

Admittedly, it’s not quite up to matching the two rival handsets when it comes to the rest of its spec-sheet, but it still seems a reasonably solid device.

Packing a 4-inch Super AMOLED screen running at 800 x 480 resolution, the Arrow is powered by a 1.4GHz Qualcomm Snapdragon MSM8655.

On the back is a modest 5MP camera and, rather than opting for the latest Ice Cream Sandwich build of Android, you’re going to have to settle for 2.3 Gingerbread with the Arrow.

Still, if it’s all about the pocket-bulge, the Fujitsu Arrow ES IS12F is the new handset to beat. We’ll keep you posted as to whether this Japanese release makes its way to UK shores anytime soon.