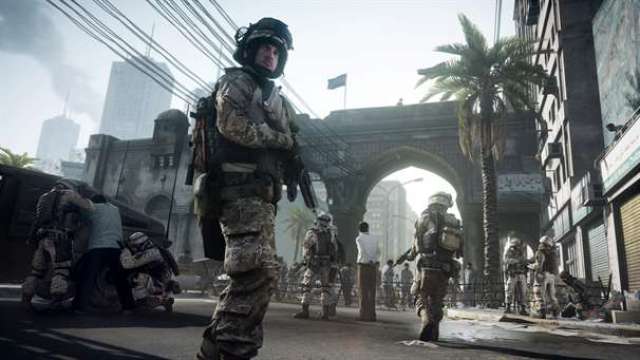 No matter what FPS it is people will find a way to exploit it, instead of looking down their iron sights there will always be gamers trying to beat the system, well EA has got something for these people, a big banhammer.

Battlefield 3 is the latest FPS to become victim to cheaters exploiting glitches in the multiplayer portion of the game. Players have found a way of cheating the points system, flipping a vehicle while keeping another player inside, causing unlimited damage then the player can simply sit outside and repair until they are top of the leader board without even firing a shot.

The Battlefield 3 Twitter account has been bombarded with angry gamers demanding that EA sort the glitch so they can get on with enjoying their game. To which EA has responded with, “I assure you, we don’t tolerate cheating and exploiting! We’ve already banned and stats-wiped many accounts, and still going.”

On a much better note, EA also confirmed via Twitter that a patch is on the way to solve many of the issues plaguing the game. Among the tweeks will be to lessen the power of the tactical flashlight add-on, which essentially blinded any player it was pointed at. There was no confirmation of a date for this patch to land but EA said it was just around the corner.

This follows on from a continuing trend for FPS’s to be a breeding ground for people to try and get to the top without putting in the man hours the most famous of which came with Call of Duty Modern Warfare 2 and the infamous nuke boosters.

It’s nice to see the issue being addressed very quickly by EA, trying to give their gamers the most realistic war experience without having to physically walk into a Middle Eastern country and have bullets shot at you.