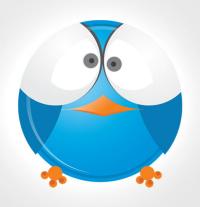 Or at least it’s making us lazy, opting for shorter words instead of long ones.

73% of us believe that Twitter and text messaging is changing the use of the English language, according to a survey presented in a book by JP Davidson called “Planet Word”.
Too bad for “balderdash”, as you really don’t hear that often enough as it is, but language is evolving, and brevity is becoming a virtue.

“Language is always evolving and great descriptive words are being lost”, said Davidson, but added that others emerge to take their place. “It’s natural with people trying to fit as much information into 140 characters that words are getting shortened and are even becoming redundant as a result.”

One thought on “Twitter and texting spells end to long and fancy words, boffin warns”