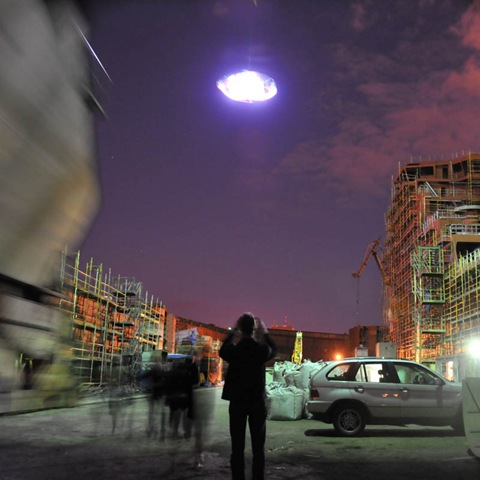 When it comes to UFO’s and little green men, the truth may well be out there, but the UK’s Ministry of Defence doesn’t have the dough to find out. Newly released government files concerning UFO sightings show that a lack of money and interest on behalf of the authorities is keeping alien lifeforms very much in the realms of the final frontier.

The sightings, spanning the years 1985 to 2007, include reports of “worm-shaped” UFOs “wriggling around in the sky” over East Dulwich in south-east London and a number of images of what looked like a “flying saucer” over the Retford town hall in Nottinghamshire. In all, 34 separate file cases have been released.

“The fascinating thing about these files is that they show that just as in society there’s this huge debate about UFOs – is it really interesting, are we being visited by aliens – or is it all just nonsense?” said Nick Pope former MoD investigator between 1991 and 1994.

“We were having the same debates in the Ministry of Defence. Some people thought it was a waste of time and money, others thought it was of extreme defence significance.”

To check the files on sightings, visit the National Archives website here.