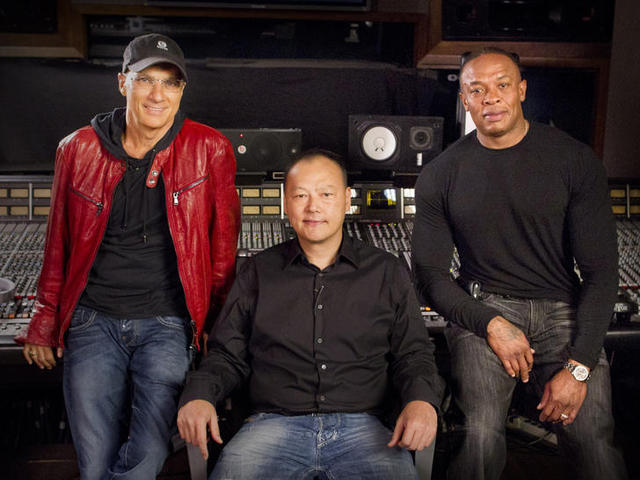 HTC have teamed up with hip-hop maestro Dr Dre to bring his signature Beats by Dr Dre audio tech to their next wave of smartphones.

A “strategic investment” according to the Taiwanese mobile giants, they’ve spent $300 million dollars to snare a 51% stake in Beats Electronics.

It’s not all about the dollar bills though; the Beats team are on a crusade to clean up the debased audio scene in the wake of the digital music takeover.

“For Beats by Dr. Dre, this represents a critical step in our continued mission to clean up the destruction of audio caused by the digital revolution; and reengineer how sound is delivered so that the consumer feels the music the way that the artist intended,” said chairman Jimmy Iovine.

For HTC CEO Peter Chou though, it’s all about the phones, claiming his HTC handsets will now be able to “provide customers with unbeatable sound”.

HTC handsets with Beats by Dr Dre will touchdown in the Autumn, ready for the Christmas rush.