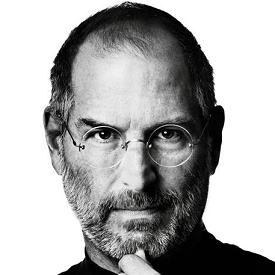 Steve Jobs has resigned from his role as Apple CEO, handing the position over to current COO Tim Cook. Jobs now takes the position of chairman of the board, following a lengthy period of leave due to health reasons.

“I have always said if there ever came a day when I could no longer meet my duties and expectations as Apple’s CEO, I would be the first to let you know. Unfortunately, that day has come,” said Jobs in his resignation letter.

“I believe Apple’s brightest and most innovative days are ahead of it. And I look forward to watching and contributing to its success in a new role.

“I have made some of the best friends of my life at Apple, and I thank you all for the many years of being able to work alongside you.”

Jobs has held the CEO position since 1997 after rejoining the then near-bankrupt company. At the helm, he’s lead one of the most thorough comebacks in the history of business, launching the iPod, iPhone, iPad and iMacs, leading to Apple’s newly found position as the world’s most valuable company.

However, this step in the saga of his quite extraordainary life has lead many to question whether his health is deteriorating once more. Jobs has battled intermittently with cancer since 2004.

Whatever the reasoning, we wish Jobs well. The most influential man in tech is responsible for some of the finest gadgetry on the planet, and we hope to see his shadow looming large over Apple for some time to come.