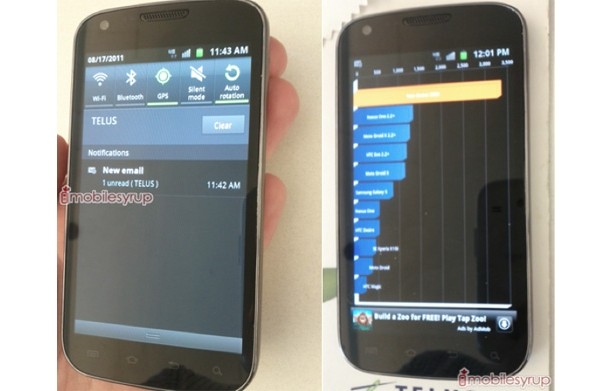 It’s no secret that we’re big fans fo the Samsung Galaxy S II over here at Tech Digest, so a sighting of a new Herculean phone from Sammy gets us into a right mythical tizz.

The handset in question is the Samsung Hercules, which looks set to be a US T-Mobile variant of the flagship Samsung Android smartphone.

Curvier than the S II and looking more like a Nexus S or Infuse 4G, it shares many of the same specs as its older sibling. A dual-core 1.2GHz Qualcomm Snapdragon APQ8060 chipset features alongside an 8MP camera with 1080p video recording capabilties.

The screen is a 4.5-inch Super AMOLED Plus display with a resolution of 480×800, while under the hood there is 16GB of expandable storage space, 42Mbps HSPA+ connectivity and NFC tech too.

An October launch in the US is slated for the Samsung Hercules. No word yet on a UK launch, but a big New York press event for Samsung at the end of the month will likely reveal all.