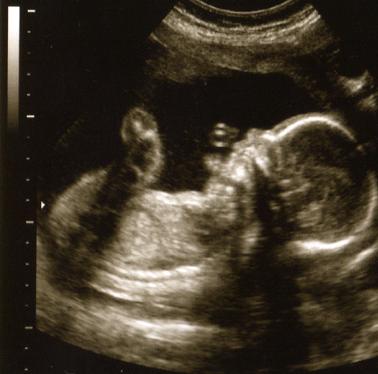 Facebook’s apparent aim to have every single person on the planet a member of their social networking gang takes another excessive step forward today with the nes that you can now pop your unborn children onto the site too.

A new Facebook Family Member status option will allow you to include an “Expected: Child” listing, as well as the baby’s name, due date and an ultrasound snap.

The little ‘un is then added alongside your family members on your profile, while a notification will be sent to pals letting them offer you congratulations.

It’s certainly going to be a touchy subject. Some campaigners have already stated that we should minimise children’s web-footprint until they are ready to choose to create and manage on themselves, something an unborn child obviously has no control over. Also, what if the pregnancy were not to go as planned? That could lead to some awkward and potentially painful probing on the site.

Personally, I’m worried about drunkenly leaving my account logged in around my mischevious pals, only to later find I’ve been Face-hacked into expecting octuplets.