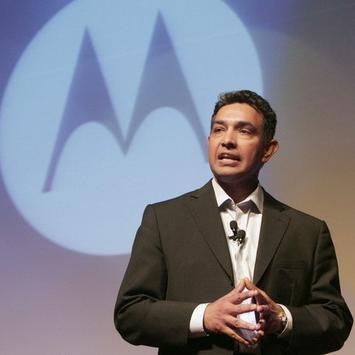 Motorola CEO Sanjay Jha has suggested that his company may eventually work on Windows Phone 7 handsets, if they could work out a similar deal with Microsoft as that which has been offered to Nokia.

“I think we’re completely open to the notion of Windows as a platform,” said Jha at the Oppenheimer Technology & Communications Conference, before stating that his company’s focus however remained with Android for the time being.

Nokia’s deal with Microsoft was reportedly a lucrative one. Microsoft are thought to have paind the Finnish mobile firm $2 billion, assitance in marketing future handsets, early looks at future WP7 software updates and the freedom to customise the WP7 experience.

Jha did however voice concerns of iOS and Android’s growing dominance in the mobile sector, suggesting that it was unlikely that webOS, BlackBerry OS and Windows Phone 7 would all survive.

Would you buy a Motorola WP7 phone? Or is the Milestone firm’s feet better placed firmly in Android territory? Let us know your thoughts in the comments section below.