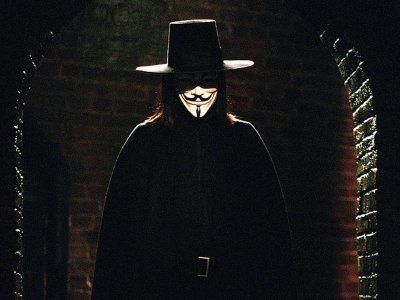 Anonymous, the hacking collective behind the recent attack on the Syrian Ministry of Defence website and thought to have played a hand in the major PlayStation 3 PSN outage earlier this year, are planning a major attack on Facebook for Novemeber 5th 2011.

The “medium of communication you all so dearly adore will be destroyed” claim the group, spreading thier plans via a YouTube video:

Part of the anti-sec movement that aim for complete transparency of personal digital information, they claim that “Facebook has been selling information to government agencies and giving clandestine access to information security firms so that they can spy on people from all around the world. Some of these so-called whitehat infosec firms are working for authoritarian governments, such as those of Egypt and Syria.”

The date is chosen to coincide with Guy Fawkes Night (or Fireworks Night as it is otherwise known), named after the infamous member of the “Gunpowder Plot” who in 1605 planned to Houses of Parliament and assassinate King James. In the cult graphic novel/movie “V for Vendetta”, the anonymous activist V wears a Guy Fawkes mask, which has since become a symbol of both the Anonymous hacking collective and anonymous protest and activism worldwide.

All the Guy Fawkes references don’t bode well for Anonymous however; Fawkes met a sticky end at the hands of torturers and was executed after the Gunpowder Plot failed.

Scroll down for the full transcription of the threat.

Attention citizens of the world,

We wish to get your attention, hoping you heed the warnings as follows:
Your medium of communication you all so dearly adore will be destroyed. If you are a willing hacktivist or a guy who just wants to protect the freedom of information then join the cause and kill facebook for the sake of your own privacy.

Facebook has been selling information to government agencies and giving clandestine access to information security firms so that they can spy on people from all around the world. Some of these so-called whitehat infosec firms are working for authoritarian governments, such as those of Egypt and Syria.

You cannot hide from the reality in which you, the people of the internet, live in. Facebook is the opposite of the Antisec cause. You are not safe from them nor from any government. One day you will look back on this and realise what we have done here is right, you will thank the rulers of the internet, we are not harming you but saving you.

The riots are underway. It is not a battle over the future of privacy and publicity. It is a battle for choice and informed consent. It’s unfolding because people are being raped, tickled, molested, and confused into doing things where they don’t understand the consequences. Facebook keeps saying that it gives users choices, but that is completely false. It gives users the illusion of and hides the details away from them “for their own good” while they then make millions off of you. When a service is “free,” it really means they’re making money off of you and your information.

Think for a while and prepare for a day that will go down in history. November 5 2011, #opfacebook . Engaged.