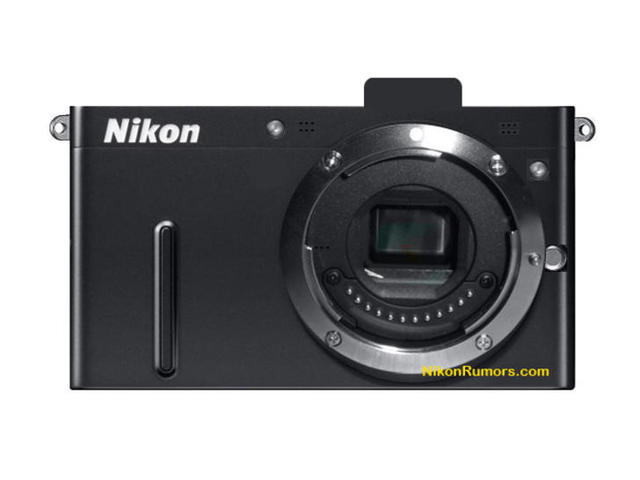 Nikon’s mirrorless compact camera has been rumoured for quite some time, but this image released by Nikon Rumours is the closest we’ve come to seeing what such a device will actually appear like. Whether the shot above is a spy shot of the real deal, or simply a concept mock-up we don’t yet know, but it still gives an indication of what to expect.

With a design similar to the Nikon Coolpix P300, the mirrorless camera looks as though it would feature a lens release button, and a dedicated video recrding butotn too, with two mics for audio.

A viewfinder would be of the electronic kind, while a flash would integrated alongside a small grip, according to the site. There would be no control dial on top, and an electronic rather than hardware zoom controls.

Official word on the Nikon mirrorless compact camera is expected next month, so check back to Tech Digest for all the latest details.