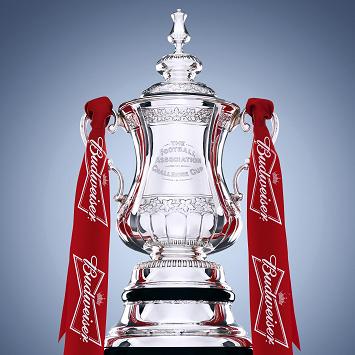 This year’s FA Cup footie tournament is to kick off with a live Facebook stream of the preliminary round face-off beween Ascot United and Wembley F.C this Friday.

A first for both Facebook and the FA, the live stream has been put together in association with sponsors Budweiser, who have built a Facebook app page to host the stream.

“As a long-standing supporter of football globally, Budweiser is committed to bringing the world’s most prestigious knockout competition closer to the fans,” said Iain Newell, Marketing Director, Budweiser UK.

“What better way to demonstrate this than by broadcasting the very first kick to a global audience via Facebook. This is the first time a FA Cup tournament fixture has been broadcast live on the social network, which is great news for football fans and clubs alike.”

The match kicks off at 7.45pm on Friday 19th August at Ascot United’s Racecourse Ground. Live coverage from Facebook can be caught from 7.30pm the same day over at the Budweiser UK Facebook page (www.facebook.com/BudweiserUK).

Note however that as the page will also feature advertising of Budweiser beers, it will only be accessible to Facebook users of legal drinking age.