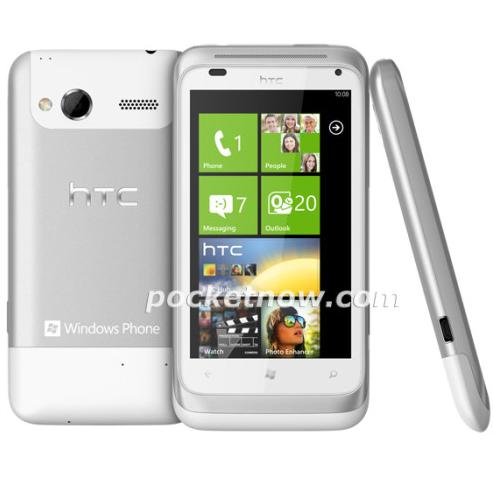 Images of HTC’s first throw of the Windows Phone 7.5 OS dice have emerged today. The HTC Omega (AKA the HTC Radar) is expected to be officially revealed on September 1st, but the sleek white and silver smartphone has already made its way online via a handful of leaked press shots.

16GB of onboard storage and an 8MP camera also feature, with the snapper capable of capturing 720p video too, alongside a front-facing one for video calling with the OS’s newly added Skype support.