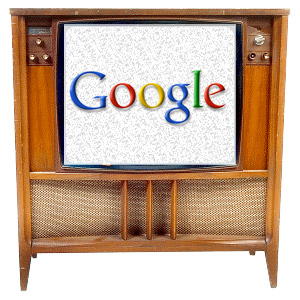 Google is expected to launch its Google TV service in the UK today, with Eric Schmidt set outline his Goggle Box plans for us Brits at the Edinburgh Television Festival.

Though the service got off to a rocky start in the States, Google TV is expected to get a re-vamped launch in the UK, thanks to the search giant’s acqusition of media server software specialists SageTV and Motorola, who as well as their well documented mobile services also have a hand in IPTV infrastructure and set-top box manufacturing.

A new Google TV developers kit suggests that Google are set to attempt a second push into the living room, with greater support for apps and third party developer software.

Google TV acts as a web connected set-top box, allowing you to surf the web and access online VOD content from the comfort of your armchair. However, with many current TV’s offering “Smart” web connected portals, the clunky offering from Google was met with a lukewarm reception.

Google TV could be up and running in the UK within six months, analysts have suggested.