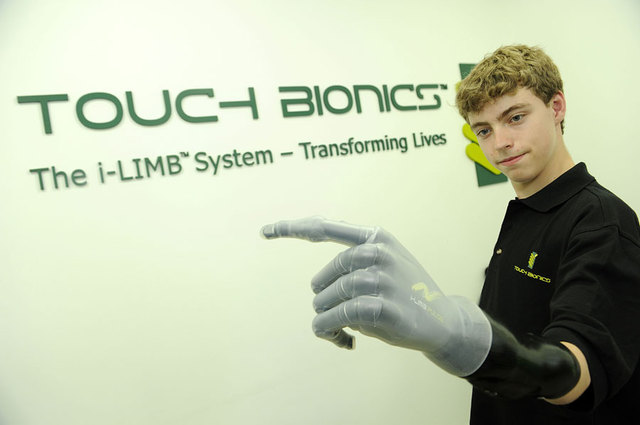 The Formula One Mercedes GP Petronas team have helped a British teenager improve his quality of life by helping him grab an expensive bionic arm from Touch Bionics.

14-year-old Matthew James was born without a left hand, and had been using a crude bionic arm which he described as “like a claw”, which only allowed for simple gripping techniques.

He’d been dreaming of having an i-Limb Pulse from Touch Bionics fitted, a far more advanced arm and hand combo that allowed for individual finger movements. However, priced at £30,000 and unavailable through the NHS, the teen seemed out of luck.

That was until he came up with the ingenious plan of approaching the Mercedes team for funding, in exchange for advertising space on the side of his futuristic limb.

While Mercedes declined the advertising offer, they did manage to broker a deal for £25,000 off the price of the arm for Matthew by offering an exhcange of technologies between themselves and Touch Bionics. Mercedes are also helping raise the final £5,000 needed.

A great feel good story, with a sci-fi happy ending.

“Unfortunately there’s one downside to it, I’m having to do more chores,” he said.