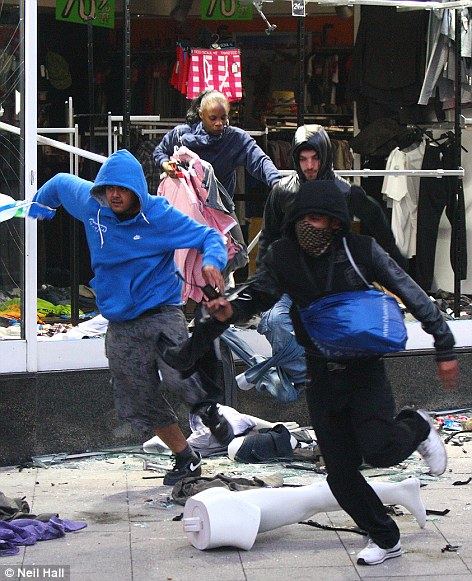 While technology and social media has been highlighted as a key enabler in the organisation of groups of looters during last night’s horrific London riots, here’s an opportunity to use tech and the web against those who terrorised the capital last night.

A new tumblr blog has been set up called “Catch a Looter”.

While there are few details on who the site owner is, it’s acting as a rogues gallery, letting those who have photos or videos of troublemakers to post them online in the hope that they will be caught.

Plenty of clear images of looters and troublemakers on there, mostly young men, and many clear enough to be easily identified if you knew them. This video of an already injured man being mugged is particularly despicable.

If you have any information on the identities of criminals involved in last night’s chaos, you can anonymously call Crimestoppers on 0800 555 111.