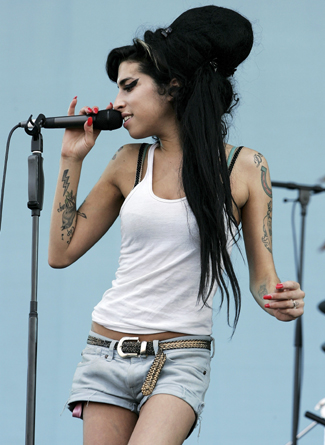 Microsoft have sparked an angry repsonse from fans of the late soul singer Amy Winehouse, as the Redmond-based company appeared to be cashing in on the stars death by plugging their own Zune music service.

“Remember Amy Winehouse by downloading the ground-breaking ‘Back to Black’ over at Zune”, read the Tweet.

However, coming just 24 hours after Winehouse passed away, many read the tweet as a mercenary move by Microsoft. Incensed fans were quick to demonise the firm.

Microsoft were quick to re-affirm their intent:

“Apologies to everyone if our earlier Amy Winehouse download tweet seemed purely commercially motivated. Far from the case we assure you.

With Amy W’s passing, the world has lost a huge talent. Our thoughts are with Amy’s family and friends at this very sad time.”

Amy Winehouse was found dead at her Camden home in North London on Saturday. She was just 27 years old. Winehouse’s funeral is expected to take place in a London synagogue today, soon after the stars’ death and in-keeping with her Jewish roots.