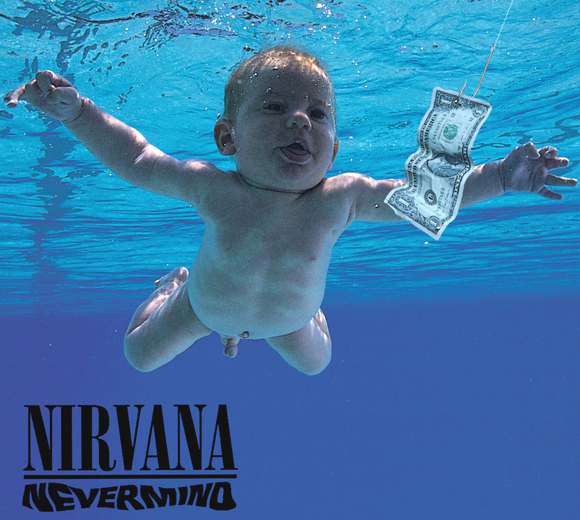 Facebook have banned Nirvana’s album artwork for their seminal “Nevermind” album from the social networking site.

According to the site, the picture was removed as it was found in violation of Facebook’s terms of use.

In particular, the album cover violated the rule that states: “Facebook does not allow photos that attack an individual or group, or that contain nudity, drug use, violence or other violations of the Terms of Use.”

The album artwork was posted on the official Nirvana page as part of preparations for a new 20th Anniversary Deluxe reissue of the classic grunge record.

Hmm…not sure censoring one of the most iconic pieces of album artwork ever produced is going to do much for Facebook’s street-cred. Whatever their concerns surrounding nude children, this seems more than a little rash. Has not the “Nevermind” baby’s nude pose now fallen into the same artistic space as “David” by Michelangelo in the collective cultural mindset of the masses?

Kurt Cobain would be rolling in his grave.

UPADTE: Facebook have seen sense, and the album cover is now…ahem… in bloom on the Nirvana Facebook page.